DNA discovery made by Bradford professor

Discovery could unlock new cures and treatments for cancer and dementia

University of Bradford Professor Sherif El-Kamisy has made a major breakthrough in the understanding of how DNA repairs itself.

His findings will be published in the leading scientific journal Nature, which publishes some of the finest peer-reviewed research in all fields of science and technology.

The discovery was made after Professor El-Khamiy, who is Director of the Institute of Cancer Therapeutics, and his team were examining proteins in the cerebellum - the part of the brain responsible for motor function - when they encountered something extraordinary.

Professor El-Khamisy explained: “Unlike other tissues in the body, most cells in the brain do not reproduce, which means when you lose them, they are gone forever. However, when we were looking at cells in the cerebellum, we found a high concentration of the nuclear mitotic apparatus protein (NuMA), which is primarily responsible for cell division. So, our first question was, why is this NuMA protein so abundant here if there is no cell division?” 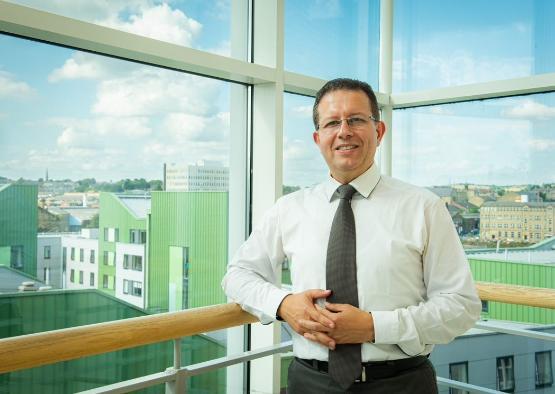 Even more surprising was that the discovery was made in part of our DNA which up until recently has been considered by scientists as ‘junk’.

More recently it has been realised that this ‘junk’ DNA plays an important role in regulating the coding regions. It determines what time, how much, and in which tissues the proteins are produced, and that has important implications because if this regulation is not done properly, it means we can have either too much or too little of a given protein and it is this which leads to disease.

DNA is constantly subjected to wear and tear via a process known as oxidative genome damage. This is primarily caused by our own metabolisms but can also be caused by other things such as pollutants. During the time you have been reading this article, for example, the DNA inside your cells will have suffered hundreds of ‘DNA breaks’ simply as a result of the chemical processes that take place inside your cells to keep them alive.

Professor El-Khamisy said they had now discovered that these DNA breaks are not confined to the coding regions but also occur in the ‘junk’ DNA, and that if they are not fixed, that has a direct impact on the regions which code proteins.

“Additionally, we have discovered how this process is done, by finding the key players so-to-speak, one of which is the NuMa protein. We already knew it played an important role in putting chromosomes together when cells divide but no-one could have imagined it plays a very different - but equally important - role in fixing DNA breaks in the non-coding regions.”

It is hoped the discovery will lead to new research that could result in the development of improved diagnosis and treatment for a variety of conditions. Professor El-Khamisy added: “When we began our study, this was not something we went looking for, so in a way we stumbled into it. This will open new fields of investigation into diagnostic and therapeutic treatments. We often as humans look at the obvious and ignore the less obvious. From that perspective, this is certainly something that has been missed, but now found.

Prof El-Khamisy added: “I suspect a lot of work will follow on from this. Scientists will want to know what these breaks in the non-coding regions are doing and how their repair impact other processes in the cell. For example, we don’t yet know whether mutations of NuMA could be linked with cancer, or dementia, or motor neurone disease.

“The exciting thing about DNA is that every time we think we understand it, that we have solved the puzzle, a new puzzle presents itself. The next challenge is to look at what diseases and conditions might be linked to this discovery, and how we exploit components of this new pathway to develop new therapeutics and disease biomarkers”

This work is led by Professor Sherif El-Khamisy and his team and collaborators at the Universities of Bradford and Sheffield. 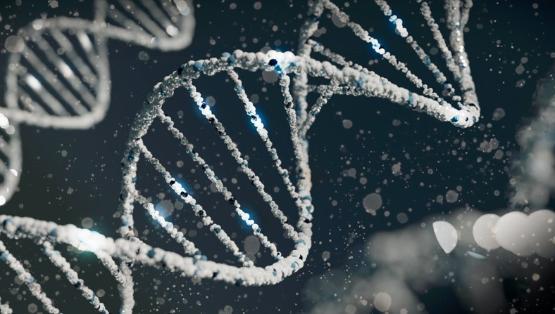 Professor El-Khamisy is Director of the Institute of Cancer Therapeutics in the School of Pharmacy and Medical Sciences at the University of Bradford. His paper, A mechanism for oxidative damage repair at gene regulatory elements, is published in Nature.

In September 2021, Prof El-Khamisy had this paper published in Nature Communications, a sister publication of Nature.