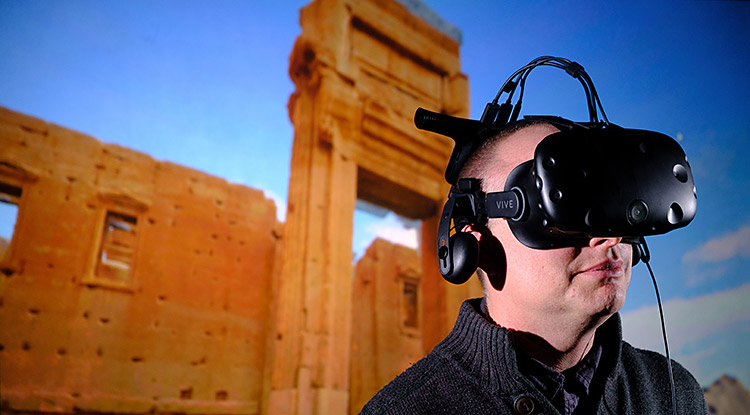 The University of Bradford has been awarded a coveted Queen's Anniversary Prize for Higher and Further Education for its world-leading work in developing archaeological technology and techniques and its influence on practice, policy and society.

The announcement is being made by the Royal Anniversary Trust by kind permission of Her Majesty The Queen at a reception at St James’s Palace on Thursday 25 November 2021 attended by Bradford’s Vice-Chancellor Professor Shirley Congdon.

The prestigious accolade, which honours world-class excellence and achievement, is the highest form of national recognition that UK higher education institutions can achieve. The University has been honoured for its leadership and innovation in pioneering the techniques, technology and practices of archaeology both in the UK and worldwide.

Among the projects included in the honour is Virtual Bradford, which will create a ‘brick for brick’ hi-resolution copy of the city centre – in effect a digital twin city - with potential to expand the area in the future.

The project is a collaboration between the University of Bradford and Bradford Council and is part of the EU funded SCORE project, which aims to improve public service through smart open-data solutions.

Virtual Bradford will revolutionise how the council deals with planning, air pollution and traffic management but will also enable a myriad of other potential uses, such as creation of heritage trails and mapping cultural assets in 3D.

But it will also transform how people interact with the city - businesses could open virtual shops, allowing customers to browse virtual aisles, artists could install virtual exhibitions and heritage trails could be created throughout the city.

First awarded in 1994, the biennial Queen’s Anniversary Prizes are awards within the nation’s honours system. They recognise outstanding excellence, genuine innovation and practical benefit across a range of work taking place in UK higher and further education. The Royal Anniversary Trust administers the scheme and its Awards Council makes recommendations for awards to The Queen on the advice of the Prime Minister.

The University has, for over 40 years, been at the forefront of archaeological development, from the establishment of the world’s first course in archaeological science, to the pioneering and development of geophysical prospection as a fundamental activity, and more recently the exploitation of digital technology and the online opportunities to reconstruct, visualise and interpret heritage in new ways and to engage an ever-wider public, including as partner citizen scientists.

The University has trained undergraduate and postgraduate students who have gone on to be world-leading practitioners, informed and shaped the estate management of some of the largest custodians of heritage, influenced national and local government policy, and continues to be at the forefront of new discoveries and interpretations at Stonehenge, one of the world’s most iconic World Heritage sites, and possibly its most famous archaeological site. 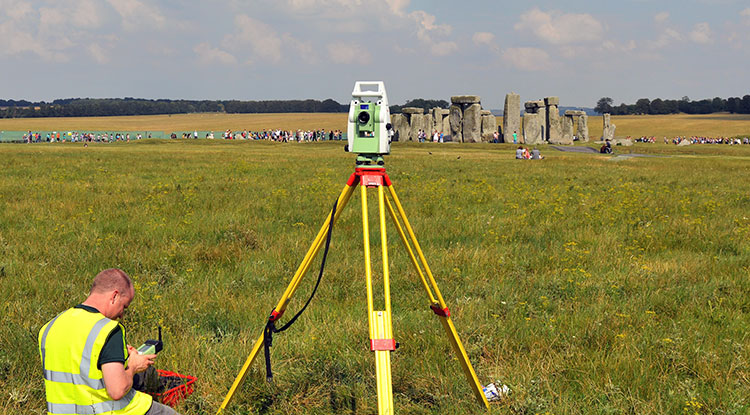 It has developed the means to recreate and rebuild heritage lost to disaster - natural and manmade. Through a unique blend of archaeology and psychology, it is enabling people, including health and social care professionals, to connect with the distant past and in so doing to engage in positive discussions about death, bereavement and end-of-life, informing and improving professional practice.

The University’s research focuses on a number of key themes within which projects are able to develop independently while benefiting from sharing and applying technology and techniques.

Visualising Heritage has pioneered digital capture and documentation with major contributions to landscape and geophysical surveying and has successfully established this as a mainstay of heritage research – whether working with artefacts, human remains, or with sites, monuments and landscapes. Examples include ongoing work on townscape heritage via the ‘Virtual Bradford’ project – the first open data Digital City Twin, or UNESCO World Heritage Sites such as Kathmandu in Nepal, damaged by the catastrophic earthquake in 2015.

Within the Visualising Heritage theme are a number of major projects, including:

Continuing Bonds is a collaboration between the University’s archaeologists, health care/nursing and psychologists to use archaeology as a positive medium to enable productive conversations about death, dying, loss and bereavement. It focuses on an enduring concept: that of ‘continuing bonds’ with the dead, which recognises that death is not the end of relationships between the living and the dead, but that the dead continue to have meaning and significance in the lives of the living.

“We are extremely proud and honoured to be awarded The Queen’s Anniversary Prize for our achievements in leading the development of archaeological practice, and delivering tangible scientific, economic and societal impact. The University has an established record in carrying out truly great research that significantly impacts on the world. The Queen’s Anniversary Prize demonstrates the difference that the University of Bradford is making in influencing not only how archaeology is practised but how, like all our research, it can be applied to benefit real lives now, in the UK and across the world.”

Professor Alastair Goldman, Dean of the Faculty of Life Sciences, said: “I am delighted to have Archaeology in this faculty, where the true interdisciplinary nature of the subject can benefit from using our high-end analytical equipment, while at the same time delivering social benefits through our studies and understanding of Heritage.”

Dr Cathy Batt, Head of the University’s School of Archaeological and Forensic Sciences, said: “The Queen’s Anniversary Prize is a tremendous honour for Bradford and a tribute to the way archaeology has always been conducted at the University. We work with leading national and international organisations, but our students are also fully involved, from first year students learning about these cutting-edge developments in classes, through undergraduate placement students working on projects in the UK and abroad, to postgraduate research contributing innovations. The prize is a true Team Bradford effort.”

The Prize consists of a Prize Medal naming the institution, a Prize Certificate signed by The Queen and the entitlement to use the Prize scheme logo. The Prize Medal and Certificate will be presented at a ceremony at Buckingham Palace in February 2022.

Meet our academics to discuss our research and postgraduate degrees at the next Open Day on Wednesday 8 December 2021.

The University of Bradford was also previously awarded The Queen's Anniversay Prize for world-leading work in Dementia research. 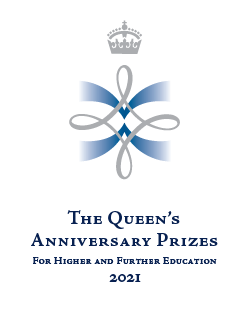