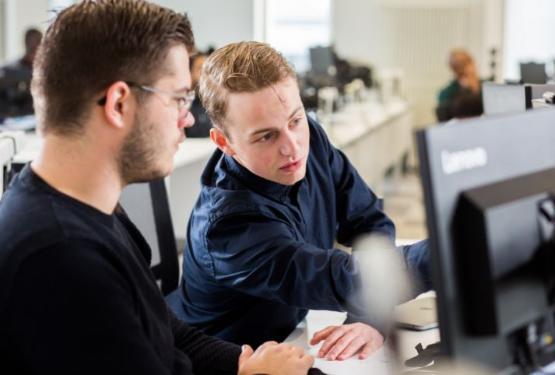 Bradford one of best places in UK to start a business

Bradford has been ranked among the best places in the UK to start a business - that’s according to a new study.

The survey by technology and data centre provider Fasthosts listed Bradford as 15th out of 85 cities in the UK based on a number of metrics, from productivity and the survival rate of start-ups to download speeds and running costs.

Bradford is listed as having average download speeds of up to 49Mbit/s, a high business birth rate and one of the lowest office rental space rates in the UK, with a cost of £14.6 per sq m.

In August last year, Bradford was ranked above London by startupgeek.com in a similar study that compared 40 towns and cities across the UK.

Earlier this year, the city made it to the final eight for the UK City of Culture 2025. In September, the University launched the first series of government-backed Help to Grow sessions, a 12-week designed specifically to help businesses expand and boost their brand.

University of Bradford Deputy Vice-Chancellor Prof Zahir Irani, who is also Chair of Bradford Economic Recovery Board, said: “What’s clear to me is that Bradford - and this district as a whole - continues to punch well above its weight when it comes to business. We have always been an excellent destination for inward investment of money, culture and good ideas. The message is clear that Bradford is not just open for business, it’s a great place to start a business, and because of factors such as good connectivity, broadband speed and low office costs, those start-ups have a better chance of survival here than they would in other places.”

University of Bradford School of Management has a globally recognised Triple Crown Accreditation from the Association of MBAs, EQUIS (European Foundation for Management Development accreditation) and AACSB (Association to Advance Collegiate Schools of Business). Out of about 14,000 business schools globally, it is one of only 90 to have that status and it does position the school as one of the elite business schools. Bradford was also one of the first universities in the UK to start offering an MBA programme.