Our research interests mainly involve (i) developing computational and data-driven modelling, verification and testing methods as well as safety and reliability analysis (ii) applying them in the qualitative and quantitative analyses of complex, concurrent and stochastic systems, and (iii) designing and developing state of the art software systems and tools supporting these approaches.

Its members collaborate widely with leading research groups and scientists across the world and welcome any joint research initiatives connected to the group’s research interests.

The group has a strong track record of research projects supported by different funding organisations.

The group is affiliated to a lab, the Computing Enterprise Centre, dedicated to the group’s computing activities facilitating links with industrial partners.

The group has a strong track record of research projects supported by different funding organisations.

Our professional networks and strategic alliances enhance our research quality and innovation.

The team members have been involved in the development of several novel and state of the art software tools and frameworks.

The group offers various opportuities for PhD projects on its research topics.

Selected publications of our group.

24/11/20 Dr Raluca Lefticaru is co-chair of the 17th Workshop on Advances in Model Based Testing (A-MOST 2021), co-located with the 14th IEEE International Conference on Software Testing, Verification and Validation (ICST 2021), which will be an online event and will take place in April 2021.

06/11/20 Congratulations to Dr Daniele Scrimieri for winning the September 2020 Research Development Fund Publication Prize Award of the University of Bradford.

29/09/20 Congratulations to Dr Sohag Kabir for winning the July 2020 Research Development Fund Publication Prize Award of the University of Bradford. 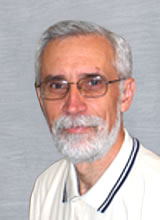 Professor Gheorghe's research interests are in computational models and software engineering. He is interested in various computational models like rewriting systems - formal grammars, multiset rewriting -, automata, process algebras and Petri nets. He has a special interest in new classes of unconventional computational models, especially membrane systems and their connections with other (unconventional) computational models - Petri nets, process algebras, L-systems, reactive systems etc. He is also interested in formally verifying such models by using model checking approaches. Professor Gheorghe is also interested in model-based testing and connections with formal verification. He has been working with large scale simulations, based on formal models, and contributed to building adequate software platforms for such approaches. He is also interested in applications of formal specifications and formal verification methods and tools in computational and synthetic biology, but also in autonomous systems. He served as the Chair of the Steering Committee of the Conference on Membrane Computing between 2010 - 2014, the main research forum of the membrane computing community, editing the proceedings of these events with Springer, in Lecture Notes in Computer Science Series. He has connections and active collaborations with many prestigious Universities and research groups in the world, being invited to give lectures and providing guidance to PhD students. Professor Gheorghe's research has been funded by EPSRC, EU, Royal Academy of Engineering, British Council and has been included in some international projects abroad - China and Romania - as scientific advisor and collaborator. 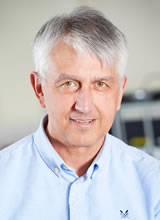 Savas Konur is a Reader in the Department of Computer Science, University of Bradford, where he was previously Lecturer and Senior Lecturer. He received the B.Sc., M.Sc. and Ph.D. degrees in Computer Science from METU (Turkey), RWTH Aachen (Germany) and University of Manchester (UK), respectively. He previously held positions in the Verification and Testing Group (Department of Computer Science) at University of Sheffield and the Logic and Computation Group (Department of Computer Science) at University of Liverpool. His research interests involve Formal Methods (mainly modeling, verification and analysis of complex, concurrent and stochastic systems) and design/development of software systems/tools/methods facilitating Formal Methods in various application areas, including Systems and Synthetic Biology, Ubiquitous Systems, Real-time Systems, Safety-critical Systems, Autonomous Systems and Multi-agent & Systems. Dr Konur is an experienced researcher and involved in several research projects, requiring a wide range of interdisciplinary collaborations both across other research institutes within the university and with external partners. He has published his results in numerous leading journals and conferences. In addition, he was involved in the development of various software and programmes, and worked on different phases of software development life cycle, including requirement engineering and testing. 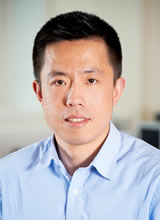 Dr Ci Lei has been a Lecturer in Computing at the School of Electrical Engineering and Computer Science, University of Bradford, since October 2013. Prior to this position, he also worked as a post-doctoral research associate at Lancaster University. He has industrial experience in software development, working on various projects including Technology Strategy Board (TSB) funded ones (this is now Innovative UK). Dr Ci Lei has a PhD in Computer Science from University of Bradford. His main research interests are in the areas related to Computer Science including quantum communications and quantum information processing, time-frequency analysis, and large scale data analysis. He has published research articles in leading international journals, given talks at international conferences, has been an invited speaker at various research seminars, and acted as a reviewer for leading international journals such as the Journal of the Optical Society of America. Dr Ci Lei is a Member of IEEE and a Fellow of the Higher Education Academy (HEA). He has taught various computer science and mathematics subjects at both undergraduate (UG) and postgraduate (PG) levels, which includes, UG: Statistics; Fundamental Mathematics; Software Development; Computer Architecture and System Softwares; Numerical Analysis; Differential Equations; Automation and Control; Computer Graphics PG: Computer Crime Investigation; Incident Response and Novel Approaches to Security Dr Ci Lei has jointly supervised four PhD students to completion (2017) and is currently jointly supervising 4 PhD students. 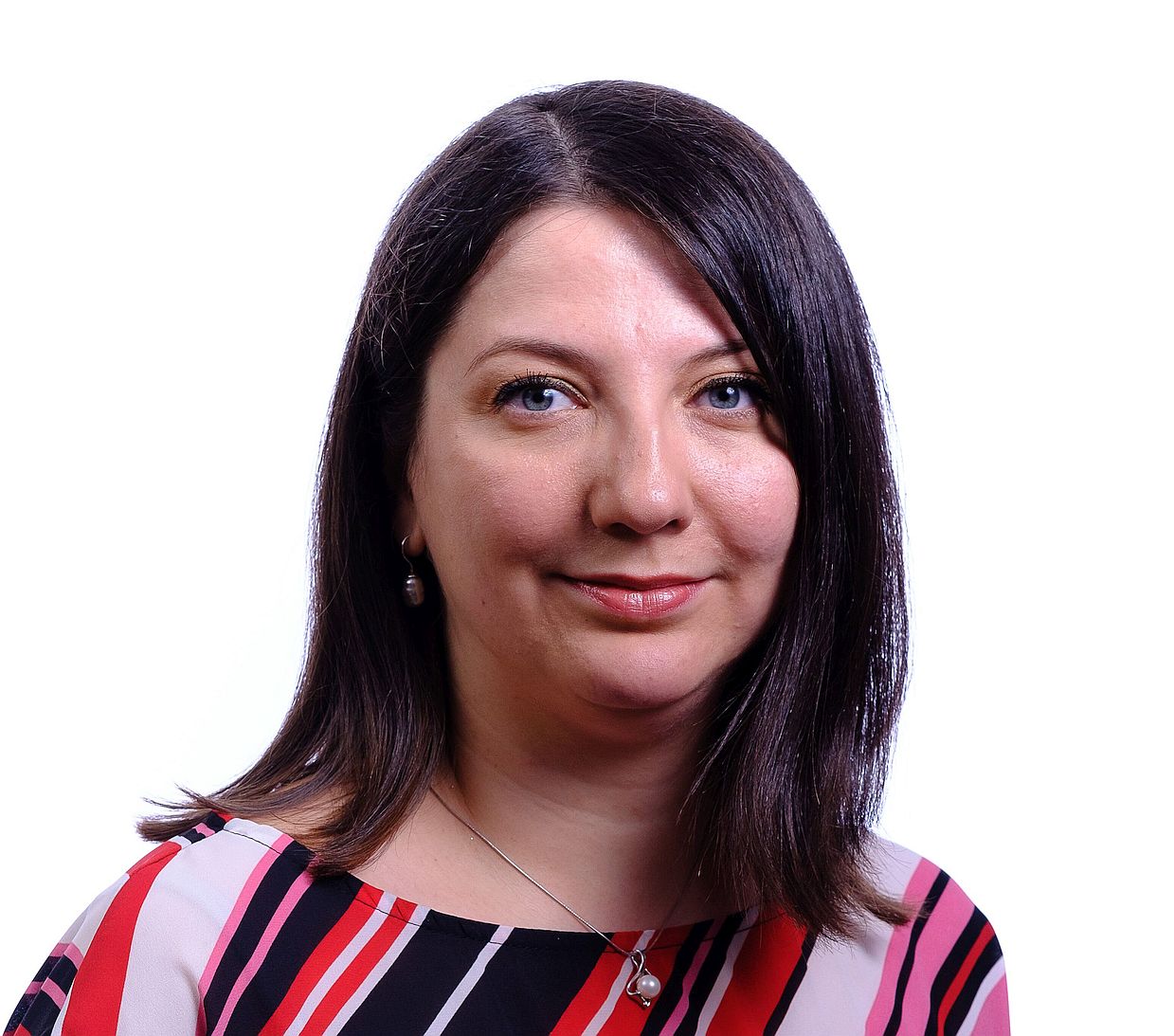 Raluca is a Lecturer in Computer Science at the University of Bradford and a Visiting Researcher at the University of Sheffield.  Her research interests include software testing, especially state-machine based testing using evolutionary approaches, formal specification methodologies, P systems testing and verification. 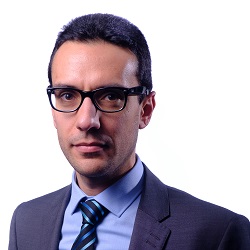 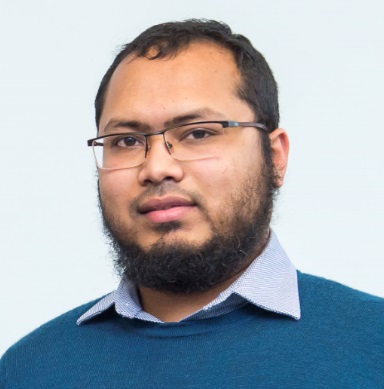 My research primarily focuses on safety, reliability, and security assurance and certification of cyber physical autonomous systems. I also have interests in model-based safety analysis, probabilistic risk assessment, dynamic reliability analysis, and stochastic modelling and analysis. I have published over 30 papers in these areas. I have contributed to EU projects on safety, including MAENAD and DEIS, working with Siemens, General Motors, Volvo, Continental, and DNV-GL, among others. In 2018, I received the research excellence award from the University of Hull.

More information about my teaching and research activities can be found on my personal website @ https://sohagkabir.github.io/