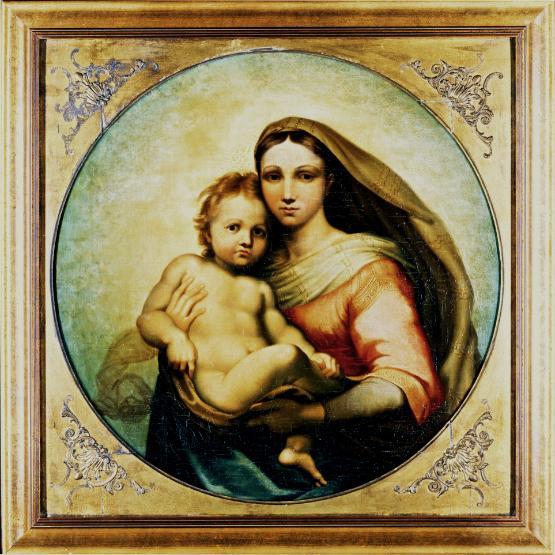 Facial recognition technology used to identify the artist of a Renaissance painting has concluded the faces are IDENTICAL to two of those in Raphael’s Sistine Madonna altarpiece.

The de Brécy Tondo, a circular painting by an unknown artist, has been subjected to an array of examinations and historical research over more than 40 years, but no one has been able to conclusively link it to Raphael.

Now Professor Hassan Ugail, Director of the Centre of Visual Computing at the University of Bradford, has used artificial intelligence-assisted computer-based facial recognition to compare the Tondo to The Sistine Madonna, by Raphael. He found the faces of the Madonnas as well as those of the Child are an exact match and considered identical.

Ahead of the publication of a peer-reviewed paper on the research, Professor Ugail said: “The forensic facial comparison study we have conducted has confirmed the faces in the de Brécy Madonna and Child and those in the Sistine Madonna are identical.

"Looking at the faces with the human eye shows an obvious similarity, but the computer can see far more deeply than we can, in thousands of dimensions, to pixel-level.

"Based on the high evaluation of this analysis, together with previous research, my fellow co-authors and I have concluded identical models were used for both paintings and they are undoubtedly by the same artist." 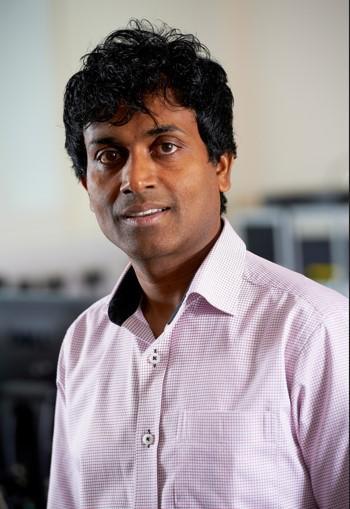 Professor Howell Edwards, an honorary scientific adviser to the de Brécy Trust, said: “Our earlier Raman spectroscopic analyses of the pigments which placed the Tondo painting firmly in the 16th - 17th Century and dispelled the idea that it was a Victorian copy have been further vindicated by the facial recognition analysis of the Madonna and Child subjects and their very close similarity to those of Raphael’s Sistine Madonna."

Timothy Benoy, Honorary Secretary of the de Brécy Trust, said: “The Trust is absolutely delighted that this new scientific evidence confirms the Raphael attribution of the Tondo, following Raman spectroscopy analysis of its pigments by Professor Howell Edwards confirming its dating to the Renaissance period.

“It illustrates very forcibly the increasing value of scientific evidence in the attribution of a painting.” 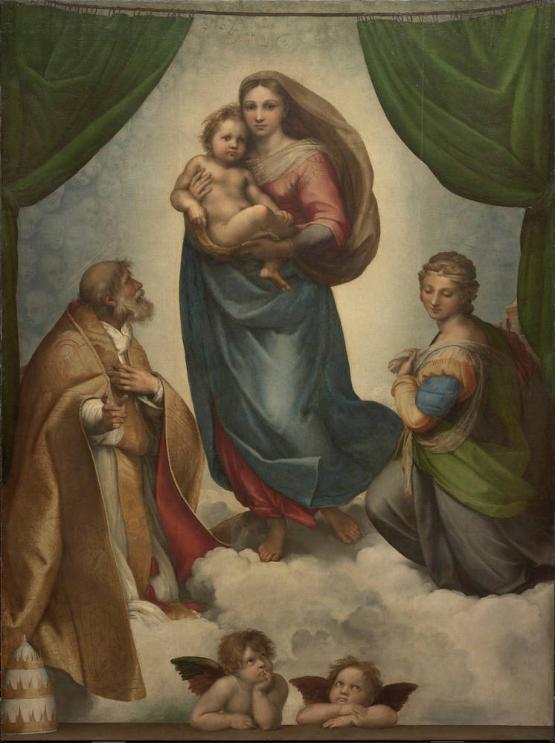 Professor Christopher Brooke, Fellow of the Society of Antiquaries of London and an expert historian of ecclesiastical art and remote sensing techniques at the University of Nottingham contributed to the study and was excited and pleased at the statistical outcome of the facial matching algorithm.

The Tondo was bought in 1981 by Cheshire businessman George Lester Winward, who built up a collection of art spanning from the sixteenth to the nineteenth century.

In 1995, two years before he died, Winward set up the de Brécy Trust Collection, named after his French ancestors, in order to preserve his collection of paintings and drawings and make them available to art scholars for study. 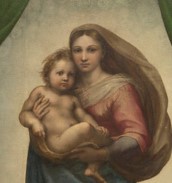 Pictured above: Close up of the Madonna and Child from Raphael's Sistine Madonna

The academic paper, Deep Facial Features for Analysing Artistic Depictions, authored by Professors Ugail, Edwards and Brooke and Timothy Benoy, was presented at the International Conference SKIMA2022, at Cambodia University of Technology and Science, in Phnom Penh, on Saturday, 3rd December. It is due to be published later this month.

Professor Ugail has used millions of faces to train an algorithm to recognise and compare facial features in thousands of dimensions.

A similarity above 75 per cent is considered identical. The similarity between the Madonnas was found to be 97 per cent, while comparison of the Child in both paintings produced an 86 per cent similarity.

Professor Ugail said: “Facial recognition technology can be applied for a variety of purposes, including analysis of art and even to healthcare. Using it in this way, to determine the similarity of portraits in paintings, is yet another example of its wide-ranging potential of artificial intelligence-assisted computer vision.”

History of the Tondo