Bradford will be part of UK’s future expansion into space, says professor 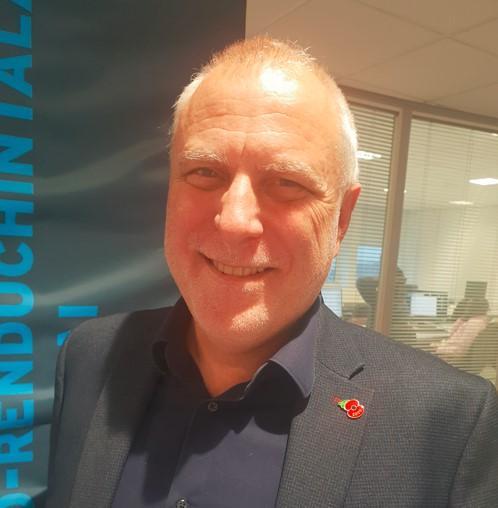 The UK - including Bradford - still has much to gain from the fledgling UK space industry, despite the recent failed satellite launch in Cornwall on January 9 - that’s according to expert Professor Paul Febvre, from the University’s ‘space centre’.

Paul is Chief Technology Officer at Satellite Applications Catapult and Visiting Professor at the Bradford-Renduchintala Centre for Space AI. He also helped set up the Cornwall ‘space port’ where the Virgin launch took place on January 9.

He said: “The UK strategy for launch is to leverage our unique geographical location to facilitate innovation and stimulate space industry growth.  Despite the disappointment associated with the failure of the first attempt by Virgin Orbit to launch from the UK, the coordination of the teams to prepare the multiple satellites for space was exemplary.

“Each of the satellites were innovative, with potential to deliver new revenue generating services, and each organisation is committed to continuing development for space, exploring opportunities for further launches from the UK.

“The University of Bradford’s focus on Space AI is critical to the success of such future missions as they transition to operational scale, either for coordination of complex constellations, dynamic optimisation of resources, or deep analysis of imagery and data from multiple satellites. 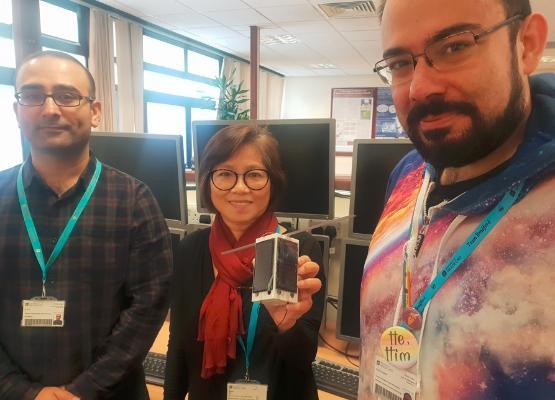 “The space sector, like many high tech sectors, is continuously demanding more skills and these are hard to secure, given the incessant demand from the finance and gaming sectors for engineers and software developers with AI competency.  We need to encourage and stimulate the understanding in our new generation of engineers, innovators and entrepreneurs that space is a fantastic place to develop a career and business opportunities, and universities are the knowledge engine for the future economy.”

Indeed, the Bradford-Renduchintala Centre for Space AI has plans to launch its own miniature ‘pocket cube’ satellite into space in 2024. The pocket cube will contain a number of instruments and will enter into low earth orbit.

Paul said: “The origins of the idea for Bradford University’s plan to launch miniature ‘pocket cube satellites’ into space was formed by Professor Fun Hu during the establishment of the Bradford-Renducintala Centre for Space AI.

“The principal purpose of the idea to launch pocket cube satellites is to provide a platform for both teaching and research, as well as advancing capability in miniaturised satellite systems in the UK, and the University of Bradford is a pioneer in this regard.

“The intent is to collaborate with other universities and industry players to launch multiple satellites into orbit to provide multiple different functions that can further advance knowledge and engineering skills in multiple disciplines, including space engineering and AI. The disciplines required to design, build, launch and operate a pocket cube satellite, are identical to those required to build a 10 tonne satellite, and therefore this is an ideal platform on which to develop such competencies.” 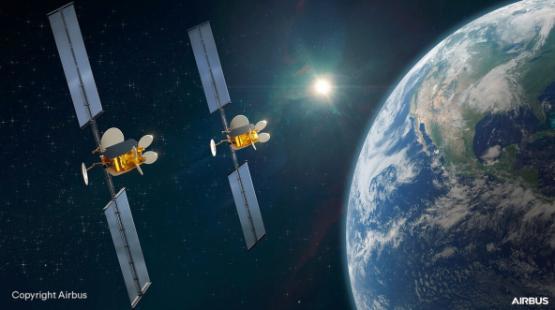 What can we expect from the future of low earth orbit satellites?

Paul Febvre is convinced humanity is on the brink of a technological revolution that will result in thousands of new jobs for satellite and communications graduates.

He predicts space-based data centres and even zero-gravity artificially grown transplant organs, and an army of AI and satellite communications specialists to manage them.

He said: “We’re currently in the middle of a huge transition in which we will see a massive increase in the amount of infrastructure in space. There will be thousands and thousands of satellites doing a multitude of tasks, all of which will need managing.

“What this means is in the near future we will need lots of people trained in artificial intelligence and satellite communications, and that’s precisely the area in which the University of Bradford is specialising.”

The former satellite systems architect says the next decade will see a dramatic shift in space-based automation.

“In the next 10 years we see a shift from lots of very small assets to very large assets, such as data centres, and even facilities for growing human organs because it’s much easier to do in zero-gravity, in orbit. If you think about the computational power needed for things like blockchain technology or the logistics needed to enable future space exploration.

“Most people are already using artificial intelligence in some way - it could be the biometric readers on your smartphone or fitness app, and everyone is aware of satnav. In the near future, AI will create so many more opportunities for people and companies to collaborate.”

Above: Satellites in space, c/o Pixabay

What about space junk?

Paul says: “The concerns about space debris and light pollution caused by the increasing number of satellites are real, and can only be mitigated by the responsible use of space. While the light pollution can be reduced by careful design with better standards, materials and regulation being brought into effect, we also need better coordination between communities such that the impact on space observation from earth is minimised.

“To ensure space is sustainable we need to reduce (use smaller satellites), reuse and recycle where possible, and this is driving the interest in space robotics, in-space servicing and manufacturing. We also need to make sure that when things go wrong, we have the technology in-place to clean up space, and this also requires better space-domain awareness (observation and management) which is one of the key focus areas for the UK civil and defence space strategies.”

The University of Bradford launched its new MSc in Satellite Systems Engineering in 2022.