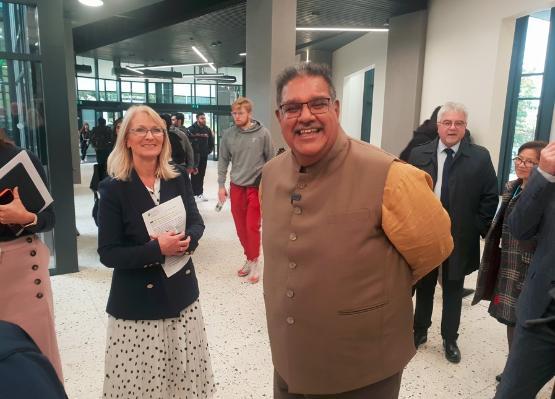 The University of Bradford’s new ‘space centre’ will enable it to take part in ‘a global conversation’, according to the former student who donated £2m to make it happen.

Speaking at the launch event, the former chief engineering officer at microchip company Intel, said: “I’m a former student of Bradford who had a fantastic time here. I've reached a point in my life where I’d like to return in kind what Bradford has given me, which is a foundation on which I built my career.

“I am really happy to be able to give back to the university in an area which is of strategic importance to them. I think it’s going to be a game changing course and something that will set the university apart not just in the region but in the country. 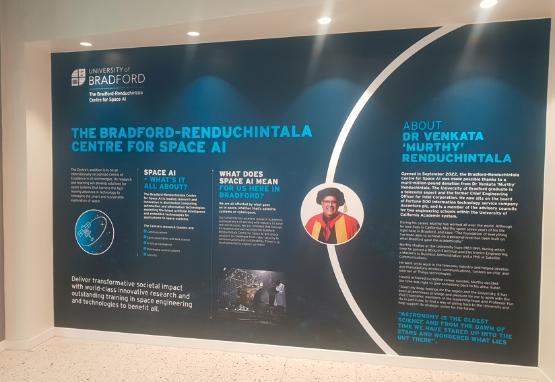 “This is about giving Bradford something unique to exploit on a national and global forum but also to exploit the talents of the academic and student pool that exists here.

“This is an incredible period of technology innovation, the advances in space communication and AI are only going to accelerate as we move into the next part of the decade, so being able to fuse those together is going to showcase innovations we haven’t even dreamt of today.

“We will continue to see technology used in ways that will improve people's lives. For example, we all take things like satellite communications for granted, the way we look at real-time transmissions around the globe, and the way we use AI through agents such as Alexa or Siri, so just think what we can achieve in the next five years as those technologies move to the next stage.”

The University already has plans in place to launch its own ‘pocket cube’ satellite into space in the second quarter of 2024. 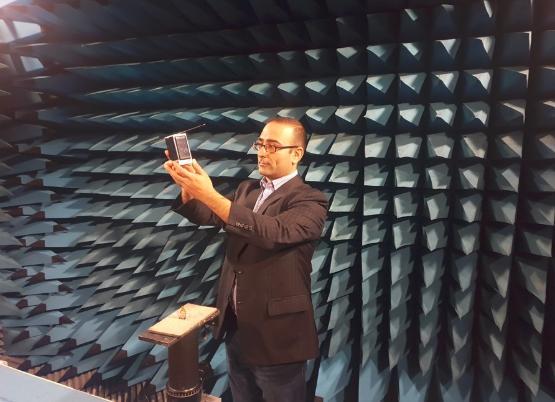 The launch ceremony was attended by a host of distinguished guests, including the Lord Mayor of Bradford, Councillor Martin Love; the High Sheriff of West Yorkshire, Sue Baker, in addition to Kathie Bowden from the UK Space Agency and Dr Mandy Ridyard, from Yorkshire Space Hub. A message of support was also played from Dr Mike Short CBE, Chief Scientific Adviser, Department of International Trade.

University Vice-Chancellor Professor Shirley Congdon said: “We are proud and excited to be part of what is an entirely new venture for the university. Whilst the development of the Bradford Renduchintala Centre for Space AI and the first MSc programme in Satellite Systems Engineering marks an exciting new chapter in the history of this university also aligns strongly with our motto - Give Invention Light - and our founding purpose.

“[This] is not just about building on our past experience, it is also about looking to the future, creating new opportunities for students, staff and our industry partners, it is about inspiring young people, and seizing the moment.”The new MSc in Satellite Systems Engineering has already begun teaching its first intake of students. 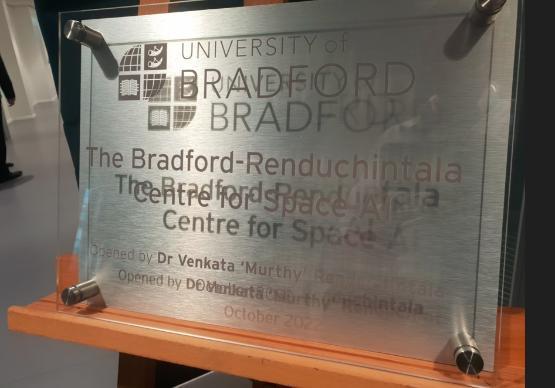