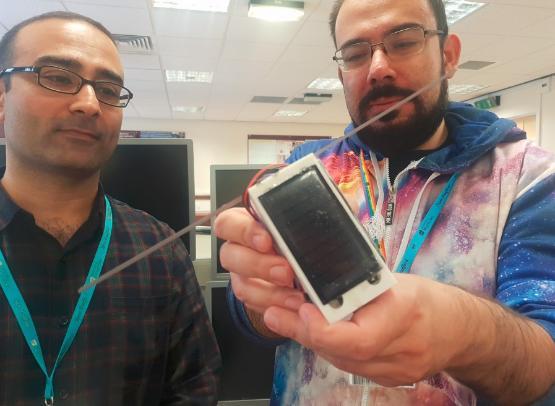 On October 12, the University of Bradford will officially launch its brand new Bradford-Renduchintala Centre for Space AI, with the Let’s Launch: Space AI in Bradford event.

The new MSc in Satellite Systems Engineering marks the beginning of an ambitious new era for the university and will see it working with Airbus and Satellite Applications Catapult, both of whom will offer opportunities for students to work with them.

The new centre has been made possible thanks to a generous £2m donation from alumni Venkata ‘Murthy’ Renduchintala, who studied at the university from 1983-1991, during which time he gained a BEng in Electrical and Electronics Engineering, a Master's in Business Administration and a PhD in Digital Communications, and later became Group President and Chief Engineering Officer at Intel.

Speaking ahead of the launch, Murthy said: “[This] happens to be an incredible intersection point for so many important technology vectors. In Silicon Valley, it’s a topic that has huge mind-share, to the degree to which it’s now being pursued with vigour, both in large corporations and start-ups... Bradford’s history with wireless technology means it has very close connections with satellite communications, so the ability to use AI for applications in space really plays to Bradford's historical strengths.

“The whole concept of distributed computing, where essentially the computation requirements of the future and its interaction with AI is going to go towards having multiple compute clusters that have to coordinate and coherently communicate in order to provide the compute power required for some of the workload that has to be prosecuted going forward, is also extremely relevant.

“[Regarding the] space and wireless aspect of that, [the] relevance of machine learning and the scale of things going forward, all [of these] are coming together in confluence… this is a natural opportunity that excites me and I know it excites the university.”

In addition to being attended by Murthy, the launch on October 12 will also include a message of support from Dr Mike Short CBE, who in 2017 became the Department for International Trade’s first Chief Scientific Adviser.

A host of other distinguished guests will also take part in a panel discussion, among them honorary graduate Mandy Ridyard, from aerospace engineers Produmax, and who also chairs the Space Hub Yorkshire. Alongside her will be Professor Paul Febvre, Chief Technology Officer at Satellite Applications Catapult, a network of UK technology and innovation companies which aim to drive economic growth through the commercialisation of research. Also present will be Kathie Bowden from the UK Space Agency.

Prof Fun Hu, pictured below, the centre’s inaugural director, said: “We aim to be recognised as a centre of excellence in space technology, with a focus on the application of AI and distributed computing and embedded electronics, to develop autonomous information and communications solutions for space systems and their management.

“This generous donation will enable the university to play a role in the creation of cutting edge technology and to deliver educational programmes in space and satellite development.” 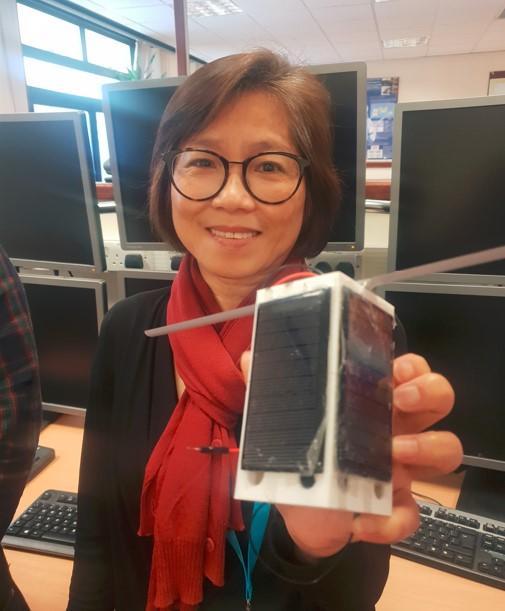 The university has also unveiled plans to launch its own miniature ‘pocket cube’ satellite into space by 2024.

Professor Hu added: “We plan to be able to launch the satellite in the second quarter of 2024 but are still in negotiations with the launch company. The satellite itself is very small, about the size of your fist.”

Dr Ali said the satellite would be launched into a low earth orbit, between 400km and 650km. It would include an array of instrumentation, from temperature and humidity sensors, to miniature propulsion units and a hi-res camera.

Let’s Launch: Space AI in Bradford is a public event and will take place on October 12. If you would like to attend, visit the events website for more details.