Time for Bradford to reach for the stars, says donor 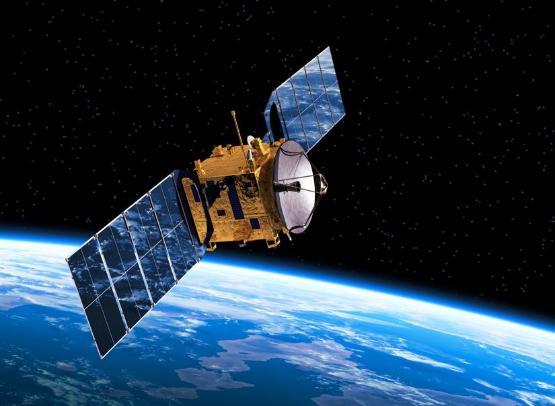 In September, the University of Bradford will launch the Renduchintala Centre for Space AI with its inaugural MSc Satellite Systems Engineering programme. Students will each be able to apply for a £10,000 scholarship.

The man who has made all this possible is Dr Venkata ‘Murthy’ Renduchintala, who has made a multi-million-pound donation to kickstart the new centre. A telecoms expert and former Chief Engineering Officer for Intel Corporation, he now sits on the board of Fortune 500 information technology service company Accenture plc and is a member of the advisory councils for two engineering schools within the University of California Academic system.

During his career he has worked all over the world and although he now lives in California, he spent seven years of his life right here in Bradford, and says: “If you ask ‘how did I get to where I am?’ Quite frankly, the foundation of everything I’ve been able to achieve on a personal level has been built on the foundation that Bradford gave me academically.”

‘Murthy’ studied at the University from 1983-1991, during which time he gained a BEng in Electrical and Electronics Engineering, a Master's in Business Administration and a PhD in Satellite Communications. 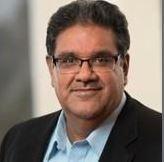 He went on to work in the telecoms industry and helped develop and manufacture wireless communications, ‘system-on-chip’ and Internet of Things technologies. Now, he is keen to (in his own words) “give something back”.

"It will provide the University of Bradford with the ability to participate in a discussion that only has context in a hemispherical or global scale and thereby gives visibility of Bradford to a much broader community."

“When you get to my age - somewhere between 50 and 60 - you start to think a lot more about what you are going to leave behind. This is something I have thought about for a long time, it’s something I wanted to do.

“This is an area where Bradford can rise above parochial perspectives. This new centre will provide the University with the ability to participate in a discussion that only has context in a hemispherical or global scale and thereby gives visibility of Bradford to a much broader community.

“What we’re really doing is trying to elevate Bradford’s participation into a study that by definition has global relevance and by doing so raise the reputation and standing of the university and its ability to collaborate with universities and organisations beyond the region.”

He goes on: “We are at such a fantastic time in science right now. We can augment comms technology that has largely driven space research to date with other tremendously growing fields like distributed computing, on a super scale, including things like AI, the advent of quantum computing, advances in biomed - you put all of that together and look at the integration of those areas of research… what’s going to happen is incredible.

“I believe as far as space is concerned, we’ve only seen the trailer of the movie. I think it’s very exciting to see all sorts of scientists coming together to augment the tech that has already led to the degree of space research we have had today. It's going to open a new frontier of understanding and Bradford will be part of the vanguard.”

If you think that sounds ambitious, it does, but Murthy’s enthusiasm is catching - the centre’s interim director, Prof Fun Hu has already hinted at the possibility of launching a miniature ‘pocket cube’ space satellite by 2023.

For Murthy, it’s all about seizing an opportunity.

“It’s not space research”, he explains. “It’s space AI. Underneath that is composition of radio comms techniques but also distributed computing and over time integration of AI, so it’s really creating a broad research portfolio, beyond just the myopic comms element of it.

“The University has a tremendous amount of assets. I’m really excited to not only exploit its excellence in technical research but also its ability to generate value through closer collaboration with business departments of the university, because the School of Management has such a high reputation.”

He sees the Renduchintala Space Centre AI not only as groundbreaking but as a catalyst to realise - and monetise - the untapped potential of research across the University.

He says: “The university can take advantage of the great research it has by taking a few pages out of the copybooks of some of the universities I am close to in the US, to incubate a much more aggressive start-up culture that results in a win-win for the university, the region and the country.

“Just think if Bradford was able to generate a research budget of $20 to $30m a year by commercialisation of its research. It’s not pie in the sky, this happens every day in the US and it could happen here.”

A self-confessed ‘sports nut’ - rugby, cricket and football are among his favourites - he draws an analogy with his passion.

“Sport is such a great metaphor for how you succeed in the corporate world, through qualities of leadership, being able to participate as member of a team, figuring out how to play to win not to draw, figuring out how it’s all about what you need on pitch, not what’s left in tank at end of game.

“I firmly believe you can never achieve anything without ambition, so I want the University of Bradford to have a mechanism for that to be released, to help the university and be respectful of its long-term plan, to help it exploit opportunities, to raise its profile, to train great research minds, and to get people engaged in what they are doing. These are the skills the university can provide in terms of research entrepreneurship.”

He adds: “Everyone is trying to find the next great idea and universities are a rich hunting ground for that - Bradford has the level of expertise to take advantage of those opportunities. Robert Louis Stevenson changed the entire world from Stockton; I think we have a chance here to achieve something similar for Bradford.”