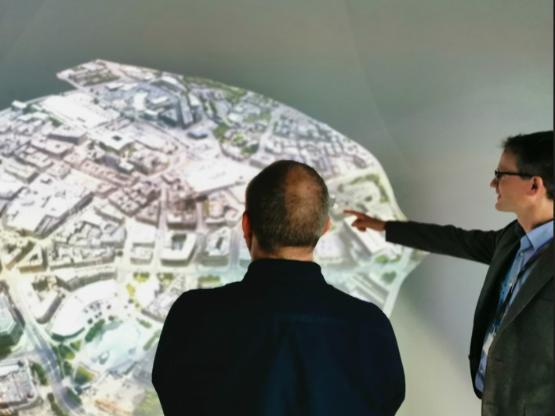 A ‘brick for brick’ digital replica of Bradford city centre has been completed and shown to the public for the first time.

The pioneering project has many potential uses ranging from allowing people to explore virtual replicas of buildings before they are built, to taking tours of the city to see what it looked like in Victorian times, check live pollution counts and many more.

Virtual Bradford, a high resolution 3D online twin of the city centre, is a collaboration between the University of Bradford and the council, part-funded by the European Union SCORE (Smart Cities + Open Data Re-Use) project.

Professor Andrew Wilson, Chair of Archaeological and Forensic Science at the University of Bradford, said: "We are delighted that our soft launch at the National Science & Media Museum marks a milestone in the development of Virtual Bradford - an innovative approach designed as one of the world's first open digital twins aimed at democratising rich city-wide data and encouraging a multitude of use-cases." 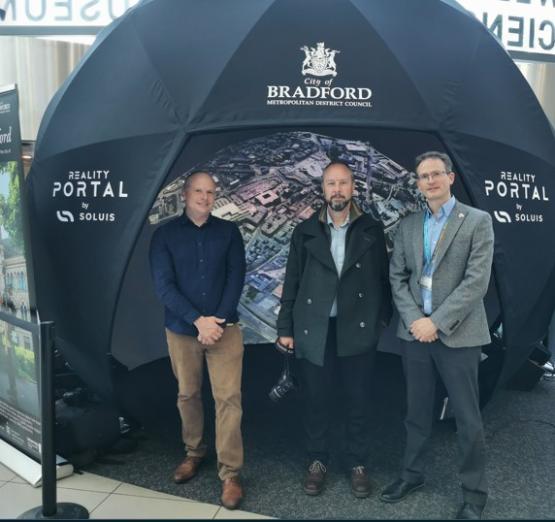 Researchers from Visualising Heritage - a research team from the School of Archaeological and Forensic Sciences at the University - have spent two years collecting data, digital imagery and drone data to develop the digital twin.

Tom Sparrow, Co-Investigator and Senior Scientist at the University of Bradford, said: "A lot of behind-the-scenes work has gone into developing the digital twin - blending more than 10,000 aerial images with mobile mapping and imagery captured from street-level to create a 3D model that is more than 60 terabytes (TBs) of raw data and three billion points in size."

The first phase, covering the city centre will be freely available to anyone and could be used for purposes such as planning, monitoring air pollution and traffic, as well as historic tours to show what the city looked like in the past.

It could be used for computer games and even virtual businesses.

Cartographer Adrian Walker, Transformational Services Manager at Bradford Metropolitan District Council said: “Bradford Council chose the University of Bradford to develop a Digital Twin for the city centre as part of a collaboration that has strengthened ties between the City and the University.

“The aspiration was to create a high resolution open data 3D model of the city centre that could be used for a wide range of applications.”

Cllr Alex Ross-Shaw, Bradford Council’s Executive Member for Regeneration, Planning and Transport, said: “Bradford Council recently launched its new digital strategy for the district. One of the key themes of this strategy relates to data-driven decision making and how this can help us develop tools and capabilities to harness the power of data in our planning.

"The Digital Twin project, is a great example of this as it will assist greatly in more effective urban planning helping us understand and predict energy consumption and emissions, for instance.”

Virtual Bradford was one of the projects named as part of the prestigious Queen’s Anniversary Prize, awarded to the University for its world-leading work in archaeological technology and techniques.

The completed 3D content was shown to the public for the first time at the National Media Museum on Tuesday, 27 September, 2022, as part of the city’s Digital Strategy Launch.

And last week, children from Saltaire Primary and Wycliffe Primary Schools took part in art days, sketching and photographing some of the historic buildings in Saltaire, as part of the People, Heritage and Place project for Phase Two of Virtual Bradford. 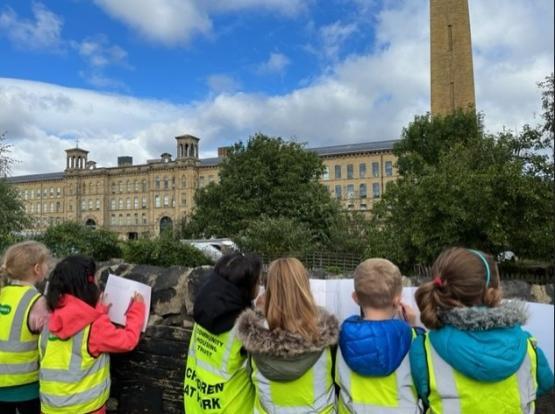 This next phase, which has received funding from the Arts and Humanities Research Council, will link the digital map of the city centre to the UNESCO World Heritage site of Saltaire via the Greenway cycle route.

Professor Wilson said: “We wanted to reach out to the two primary schools in the area to really get to know what makes this place so special to young people and help them appreciate the beauty of the buildings around them.

“Having a sense of place is key to this project.”

Dr Karina Croucher, Senior Lecturer in Archaeology, added: “It’s about getting the pupils out and thinking about the place they live in, talking about the history of the place and where they come from.

“We’re interested in how we engage with our history and how we live in Saltaire today.” 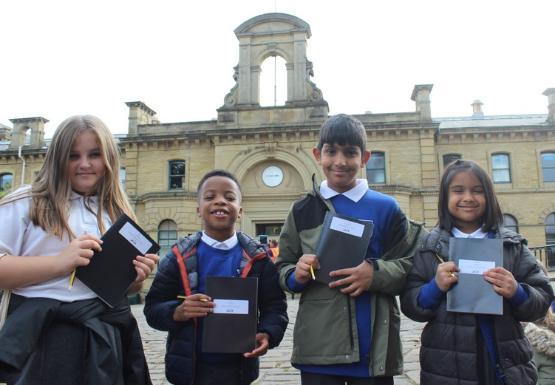 In the classroom, they also worked on print-making and learned how to create art on the tablets.

Their creations are intended for display in their schools, at the University and in Saltaire, Shipley and Bradford, contributing towards Bradford UK City of Culture 2025.

Faaris, a year five pupil at Saltaire Primary School, said: “It was really good to go outside to draw. I’ve never had a proper look at some of the buildings.

“I think the buildings and the park are what makes Saltaire really special.”

Keen artist Robyn, who is also in year five at Saltaire Primary, added: “There are lots of nice places to go and see in Saltaire, it’s a really fun place.

“I haven’t drawn the buildings before but I do like to draw the field outside my house because it’s a really nice view.” 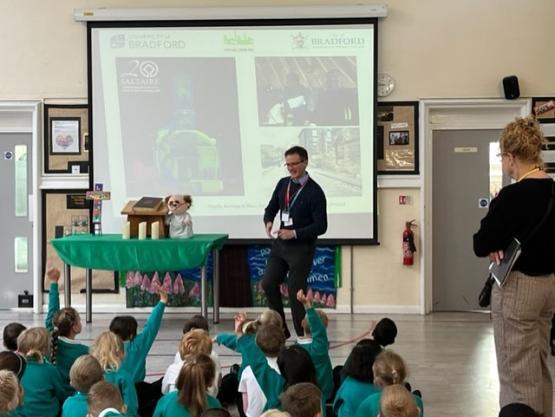 Beth Richardson, 23, who is studying for an MA in Archaeology and Identity said: “The children have done some brilliant sketches.

“It’s great to see how the younger generation engage with historical sites and how they see the world.

“By drawing the buildings, they can interpret what they see much better than they can with photographs alone.” 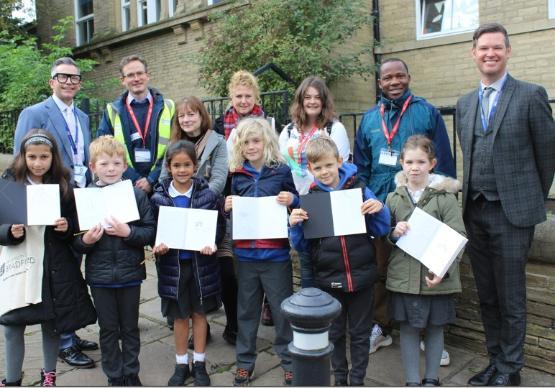 Watch a YouTube video showing the level of detail of Virtual Bradford here.