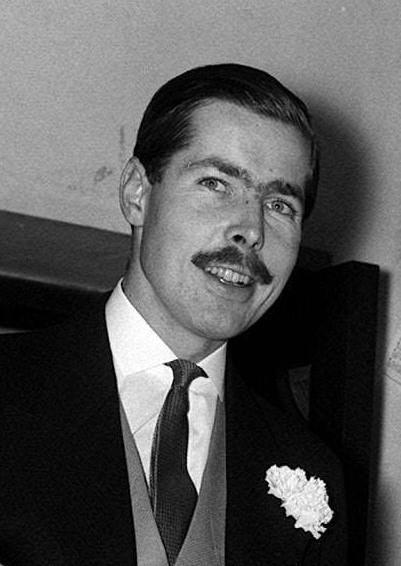 HIS disappearance has remained one of the country’s most famous unsolved mysteries.

Richard John Bingham – 7th Earl of Lucan, more commonly known as Lord Lucan - vanished nearly half a century ago. Despite being declared dead, no body has ever been found.

It has been hailed a "breakthrough" by the Daily Mirror.

Professor Ugail said: “I was contacted by Neil Berriman, who asked me if I could use computer-based face recognition on seven photos taken many years apart to see if there was a probability of a match between them.

“According to the computer algorithm, based on thousands of experiments, these pictures belong to the same individual or someone who looks extremely like them -  like identical twins.
“This is science and mathematical fact. You can’t cheat the algorithm.”

Mr Berriman is the son of nanny Sandra Rivett, who looked after the Lucans’ three children and was found brutally murdered in the family’s home in Belgravia, London, 48 years ago, on November 7, 1974.  Lady Lucan was also attacked on the same night and later identified her estranged husband as her attacker.

Lord Lucan vanished the day after the attacks and, in 1975, an inquest jury decided he was responsible for Sandra’s murder. Lucan was declared dead in 1999 and a death certificate was issued in 2016, allowing his son to inherit the family title.

However, over the years, there have been many alleged sightings. 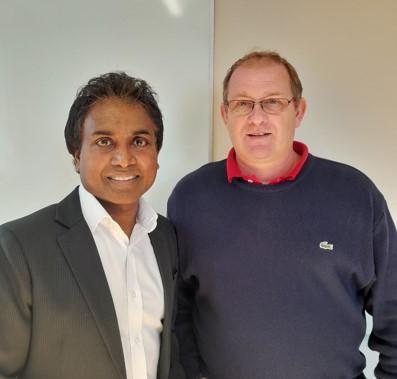 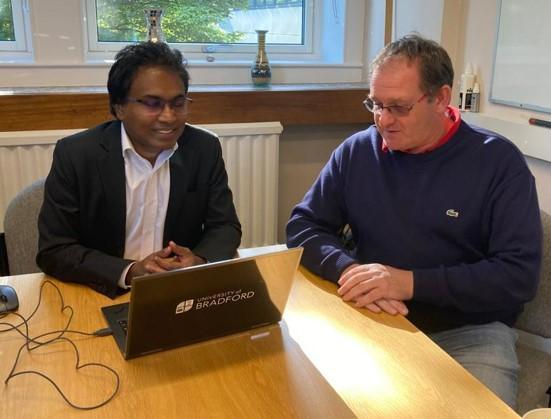 As Director of the Centre for Visual Computing, Professor Ugail has used his technology on high profile cases including helping identify the perpetrators of the Salisbury poisonings as well as suspects in the case of missing Saudi journalist, Jamal Khashoggi.

“As humans, we see objects like faces in three dimensions but a computer can see them in thousands of dimensions.

“By using millions of images of faces as data, we have trained a very powerful computer algorithm to recognise and identify a face – even within a database of millions of faces and even if the input face is only a partial blurry image of a face.

“Unlike humans, the computer algorithm looks at a face very deeply - from the colour, texture, the different shapes, the ratios and proportions. It’s a very, very detailed way of analysing an image which goes far deeper than what the human eye can see.”

In all the images Professor Ugail analysed, provided by Mr Berriman, the similarity index was above 75 per cent and in most cases, it was over 80 per cent.

Professor Ugail said: “In my experience, over the thousands of experiments we have done over many years, involving millions and millions of faces, the face recognition algorithm would not report such close resemblance unless it is from the same individual, or someone who looks extremely like them, such as their identical twin.

“Our face recognition algorithm is a product of more than 15 years of research by our team including more than 15 PhD students and a number of post-doctoral researchers as well as millions of pounds of research projects, funded by various grant awarding bodies.”

Professor Ugail received the Vice-Chancellor's Excellence in Knowledge Transfer Award, the most prestigious award given by the University of Bradford, in 2010.

In 2018, Professor Ugail played a central role in confirming the identity of the two men at the heart of the Salisbury poisoning case, in which former Russian agent Sergei Skripal and his daughter Yulia were hospitalised after being exposed to nerve agent Novichok. Professor Ugail was asked by investigative website Bellingcat to compare pictures of the two suspects, who were going by false names, with older photos of the men they were thought to be. Using an ageing algorithm to bring the photos to roughly the same age, Professor Ugail then used computer-based face recognition to confirm the two suspects were known members of the Russian secret service, the GRU. Using Prof Ugail's analysis, Bellingcat delivered the findings to a briefing at the Houses of Parliament.

In 2018, the New York Times asked Professor Ugail to analyse photos of three suspects linked to the death of Saudi journalist, Jamal Khashoggi, who was killed in the Saudi consulate in Istanbul, Turkey, that year. Professor Ugail analysed CCTV footage of the suspects, including one who had disguised himself with a fake beard, comparing them with social media photos to identify them.

In May 2021, Professor Ugail worked with the BBC on an investigation to uncover the identity of alleged Nazi war criminal, Stanislaw Chrzanowski. He was able to compare US newsreel material, from March 1954, from a transit camp in West Berlin known as being a "hive for spies," to a picture of Chrzanowski to confirm they were the same individual. Chrzanowski, who died in 2017, had told police in 1961 that he had never left the UK after arriving in 1946.