The Centre has a unique dual focus. Our research projects change the way we compute visual image data; our commercial projects address real business problems and deliver practical applications for our industry partners.

With a strong interdisciplinary focus, our research activity brings together three areas of expertise – computational, physiological and psychological – in order to make advances in fields as diverse as visual media, biometrics, security and computer gaming.

We are always looking to get involved in new research partnerships and collaborative projects and occasionally have opportunities for research placements and studentships.

Read about our core research areas »

Companies work with us in a number of ways, from research and development and consultancy to bespoke software development and digital content creation. Some research projects have even resulted in spin-off companies.

We understand what our industry partners are looking for and address their core requirements while bringing academic excellence and fresh thinking to every project.  These are the industries we work with most regularly.

More about how we work with industry >>

The Centre for Visual Computing has access to the latest equipment in all the fields in which we operate.

Find out more about the Centre's facilities »

Available PhD projects in the Centre for Visual Computing

Research students at the Centre for Visual Computing enjoy a stimulating interdisciplinary approach, access to first-class facilities and the opportunity to participate in forward-thinking knowledge transfer projects with major business partners. 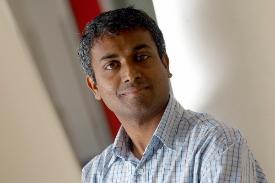 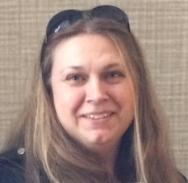 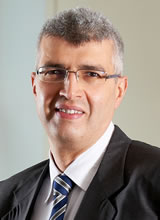 Head of Archaeological and Forensic Sciences 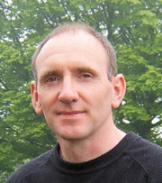 Andrew was appointed initially as Research Investment Lecturer (2007), as Lecturer in Forensic & Archaeological Sciences (2010) and as Senior Lecturer in Forensic & Archaeological Sciences (2012). He is Fellow of the Higher Education Academy and holds an academic teaching qualification, PGCert in Higher Education Practice (Bradford - 2011). He was appointed to Corporate Membership (MIfA) of the Institute for Archaeologists (2010) and is a member of the IfA Expert Panel in Forensic Archaeology having undertaken casework since 2001.

Andrew has attracted research funding from the Wellcome Trust, AHRC, EPSRC, Jisc and HEIF. He co-directs the RKT hub ‘Bradford Visualisation’ (with Chris Gaffney). He has led major interdisciplinary projects in the Digital Humanities, including ‘Digitised Diseases’ (with Co-Is Jo Buckberry, Chris Gaffney and Hassan Ugail), ‘From Cemetery to Clinic’ (with Co-Is Jo Buckberry, Chris Gaffney and Hassan Ugail) and ‘Visualising Animal Hard Tissues’ (with Co-Is Sonia O’Connor, Rob Janaway and Hassan Ugail). He is Co-I on the AHRC Theme Large Grant ‘Fragmented Heritage’ (as part of the core management team with PI Randy Donahue and project manager Adrian Evans). He has publications in numerous journals including Nature, Science, PNAS and Current Biology. He has had successful MPhil and PhD completions from funded, sponsored and self-financed sources.

Andrew has wide-ranging interests in Biological Anthropology, Archaeological Science and Forensic Science. He first worked in field archaeology in Sussex in 1988. Initially he trained at the Institute of Archaeology and gained a First Class Honours BSc in Archaeological Conservation (UCL – 1991-94), with internships at the Ancient Monuments Laboratory and Wiltshire County Council Conservation Lab. On graduation he worked as conservator and field archaeologist for South Eastern Archaeological Services before the opportunity to work as a research intern at the Conservation Analytical Laboratory, Smithsonian Institution in Washington DC with Noreen Tuross (1995-96). He returned to the UK and gained a Distinction with his MSc Osteology, Palaeopathology & Funerary Archaeology on the original Sheffield-Bradford human osteology course (Bradford – 1996-97).

A year as Contracts Conservator at the Wiltshire County Council Conservation Service saw him undertake the Conservation of the South Cadbury Shield, which won the Museums & Galleries Commission National Conservation Award, amongst other projects (1998-99). He then returned to the University of Bradford for his Wellcome-Trust Prize PhD in Bioarchaeology (Bradford – 1999-2002). 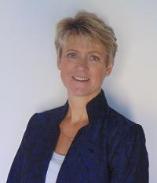