Will AI ever become 'too clever' for humans? 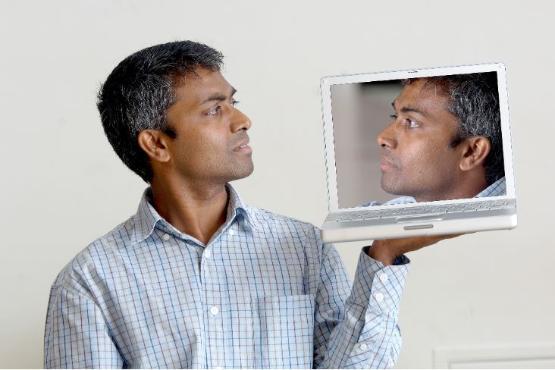 Humans have at least a couple of thousand years before AI becomes ‘too clever’. That’s according to Prof Hassan Ugail, from the University of Bradford, who recently made headlines after helping create the world’s first ‘virtual footballer’, Kiyan Prince, and helping produce artificially aged images of Madeleine Mccann.

Prof Ugail is no stranger to publicity. A recognised expert in his field, he was responsible for helping identify the Russian agents behind the Salisbury novichok poison attack in June 2018 and for uncovering the identity of President Putin’s alleged extramarital daughter in November 2020. He was also sought out by journalists from the New York Times in 2018 to help solve the case of the missing Saudi journalist Jamal Khashoggi, who is believed to have been killed inside the Saudi consulate in Istanbul, Turkey.

In May this year, he worked with the BBC on an investigation to uncover the identity of an alleged Nazi war criminal, Stanislaw Chrzanowski, who helped kill tens of thousands but later managed to settle in Britain.

All of those projects centre around his work on facial recognition, which employs complex computer algorithms (artificial intelligence) to ‘map’ thousands of facial features. His most recent venture (although he is already working on another project he says will garner similar media interest), involved the aging of Kiyan Prince, a football prodigy who was killed aged 15 - the cutting edge project was undertaken to increase awareness of knife crime.

The idea for that project came from marketing agency Engine Creative and involved collaboration with console games giant EA Sports.

Prof Ugail said: “With the Kiyan Prince aging, they wanted to create a FIFA character of him but at the age he would be today, which is 30. I did the aging from 15 to 30, which was then put through a 3D corrector to make a true likeness of what he would have looked like today.”

Prof Ugail was born in Hithadhoo, Addu City in the Maldives. He received his BSc degree with First Class Honours in Mathematics in 1995 and a PGCE in 1996, both from King's College London. He received his PhD from the School of Mathematics at the University of Leeds in the year 2000 for his research in the field of geometric design. He then worked as a post-doctoral researcher at the School of Mathematics at University of Leeds until September 2002.

Prof Ugail joined the School of Informatics, University of Bradford, as a lecturer in September 2002. He was appointed as a Senior Lecturer in 2005 and was promoted to a full professor of Visual Computing in 2009. Prof Ugail currently serves as the Director of the Centre for Visual Computing at Bradford. His principal research interests are in the areas of geometric design and visualisation, computer-based physical analysis, design optimisation and machine learning that fall into the broad area of research known as simulation-based design.

Professor Ugail is well known for his work on computer-based human face analysis, including face recognition, face ageing, emotion analysis and lie detection. But he says there’s a vast difference between how humans and AI learn things.

“When we teach AI how to recoginse faces, we have to show it millions of images of what a face is. In fact, we don’t just show it faces, we show it other things like apples, pears, cars and so on. Eventually, the AI learns what a face is. When it comes to recognising faces, the computer algorithm uses about 4,000 characteristics to determine whether something is a match and that can be things like skin colour and texture but also the space between features such as the tip of the nose to the eyes and so on.

“It’s different to how people learn. If you show a three-year-old a green apple and tell them it’s an apple, even if they see a red apple later, they will still know it’s an apple. We’re still figuring out how the human brain does this, because the human brain makes a lot of generalisations, whereas the AI as we know it now does not.”

And he says that despite great leaps, AI still has its limitations.

"Consider face recognition. Once we put all the features of an object into the algorithm, if we get a 75 percent match, then we can be pretty certain it's the same person. However, one area where AI still falls down is in differentiating between identical twins. It still can't do that, so it's something we're working on at the moment."

Finally, he adds that fears over the dominance of AI are overstated and thinks humans still and will continue to have the upper hand for the foreseeable future.

"AI is good at doing one thing and in some cases better than humans. Humans are also good at recognising faces, but they still make mistakes. So, while the AI might be better at that, if you asked the same piece of AI to then play chess, it wouldn't have a clue. I think the fears of AI taking over are overstated. We're moving into the realms of philosophy here, but I think humans still have one or two thousand years before AI becomes too clever."