University of Bradford to be given a £3.5m facelift 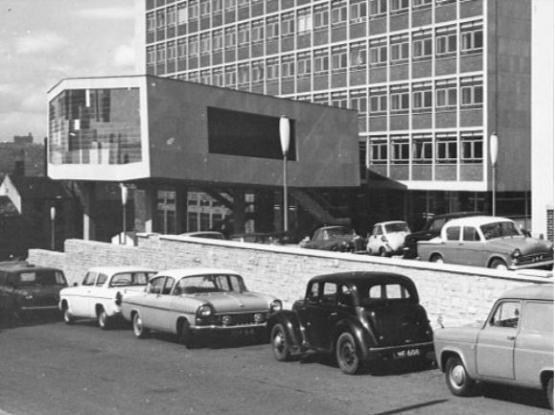 Work has begun on installing new cladding to the Richmond and Horton buildings at the University of Bradford.

In addition to new cladding, some 480 new double-glazed windows will also be installed. The works are set to continue until October.

Some entrances and exits to the affected buildings may be closed temporarily during the works, with visitors re-route. There may be some minor construction nuisance associated with the project.

Andrew Hague Building Manager from Property Services, who submitted the successful bid and is responsible for project delivery, said: “The total area of the new external cladding across both buildings is 4,000 square meters, including nearly 500 new windows, and will hugely improve the thermal comfort levels for building users  through high levels of insulation. The project will also help drive down future energy costs and our reliance on gas and the grid.”

The new cladding above the main entrance to the Richmond Building will incorporate a mural designed by Joseph Leslie Mayo (1920-2014) which has recently garnered media attention following the Planning Application for the works. The mural was erected in 1964 as part of the main building for the Bradford Institute of Technology, which was formally opened in June 1965 by Prime Minister Harold Wilson (1964-1970 and 1974-1976).

The Main Building was later renamed the Richmond Building and Wilson became the University’s first Chancellor from its founding until 1985. Bradford is one of a handful of universities founded as technology universities, representing a key component of Wilson’s vision for improving the British economy.