Could 'universal income' help us better survive a future pandemic? 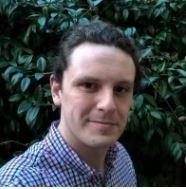 What if we didn’t have to work for a living? If bosses cleaned their own offices and the economy kept humming along even during a global pandemic? Such musings might seem academic but University of Bradford economics lecturer Dr Simon Mair says the current pandemic has presented us with a golden opportunity.

He argues concepts like a ‘universal wage’ and ‘universal services’ would help (not hinder) the economy, better enabling it to weather things like covid. He adds it would also make tackling things like climate change a lot easier.

The University of Bradford lecturer is no stranger to controversy. Last year, an opinion piece he penned for Lancet Planetary Health was shared on social media over a thousand times Supported and criticised in equal measure, some of the posts were even shared by US political commentator Ben Shapiro. Meanwhile, a separate piece authored by him for The Conversation has been read more than 800,000 times.

“This, then, ends up governing things like wages and consumption. But there is an argument that ‘universal income’ and ‘universal services’ would have made it easier to keep the economy going during the pandemic.”

Universal income is where citizens are paid a certain amount regardless of whether they work. It effectively guarantees a basic income for everyone. If, for example, every person in the UK were to receive a payment of £1,000 a month, it would cost around £66bn a month, or £792bn a year.

Compare that to the estimated £394bn cost of the pandemic in 2020/21 or the £500bn to bail out of the banks in 2008, while also bearing in mind most of the cost of paying for universal income actually ends up supporting the economy, as people buy goods and services, thereby ensuring a degree of circularity.

Additionally, it is assumed the majority of people will want to supplement any basic income with work. During the pandemic, some countries, such as Brazil, have been experimenting with a kind of universal income, while others, including the US, have sent no-questions-asked cheques to citizens. In the past, the Scottish Government has flirted with the concept of universal income, outlining plans for pilot studies in 2018.

Meanwhile, Universal Services means free access to things like broadband, water and energy. The NHS is a good example of a universal service. Again, the pandemic has forced wider discussions over things like free internet access for schoolchildren.

Simon explains: “These two ideas would essentially disrupt the relationship we currently have, as individuals, with the economy. There are two arguments for this. Some people say universal incomes will be necessary in the future as more jobs are taken by machines. There’s an argument that, if the robots are doing all the jobs, there would be no-one left to buy products.

“In that case, a universal wage seems like a more attractive idea, because it effectively enables the economy we have today to continue. Another argument is that a universal wage would give people much more power in the workplace and the ability to choose what they want to do.”

But he says there will still be a need for people with professional skills. The upshot might be that, for example, while professional cleaners will still be needed in places like hospitals (and could be better paid), CEOs may end up having to clean their own offices.

“At the moment, we compel people to work by essentially threatening them with financial deprivation. What if that wasn’t a factor? What would you do if you didn’t have to work for a living? It could free people to do things that we know need doing. Simple things like giving people more time get involved in local decision making or to care for loved ones; or bigger projects like setting up new organisations to tackle climate change.”

He adds: “Capitalism is the broad economic system we’ve had for 300 years and there’s a sense that ‘this is the way it’s always been and this is the way it always will be’. But in many ways, our current model has made it difficult to deal with the pandemic. There will be similar challenges in addressing climate change.

“Alternative models exist, they just do not have enough support at the moment to overcome the vested interests. But the economy is society, which is us, so we are able to change it.”