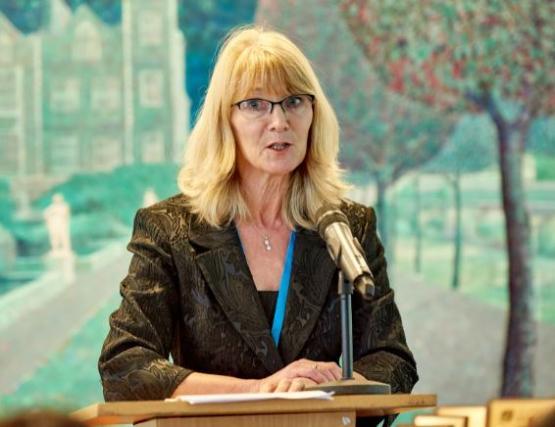 By Shirley Congdon, Vice Chancellor, University of Bradford, as reported in The Yorkshire Post

Education remains the single most important factor affecting the prospects of young people in later life. When the Government launched Opportunity Areas in 2017 under then Education Secretary Justine Greening, its core aim was to close so-called ‘attainment gaps’ - that is to eliminate the difference in educational outcomes between children from deprived backgrounds and their peers.

Opportunity Areas sit well with the Government’s Levelling Up agenda and indeed chime with the University of Bradford’s mission to address underrepresentation of children for low socioeconomic groups. Named as University of the Year for Social Inclusion 2020 by The Times and Sunday Times, the University of Bradford is a leading University for social inclusion, supporting students from all backgrounds to achieve their potential. We are committed to ensuring Opportunity Areas work due to their impact on strengthening teaching quality and leadership, which in turn increases opportunities for young people to access rewarding careers.

The University of Bradford has already witnessed the impact of the Opportunity Area-funded STEMM (science, technology, engineering, maths and medicine) Futures project, which engages children aged 13 to 18 in after-school clubs in community settings. Initial feedback shows that 83 per cent of these children have reconsidered a possible career in engineering after initially dismissing it. In this regard, Opportunity Areas are certainly broadening aspirations.

In conjunction with the Bradford Schools Standards and Performance Team, the University of Bradford is recruiting 25 tutors for a Year 11 maths project. These tutors will coach hundreds of students who will benefit from additional support. From November, tutors will deliver one-hour sessions to small groups of students on weekends. It is anticipated that the project will build confidence and improve GCSE performance. Analysis of the project will be undertaken by the Centre for Applied Education Research.

Opportunity Areas have shown they can succeed. Ongoing work is being closely monitored. As reported recently by The Yorkshire Post as part of its Power Up the North campaign, Justine Greening has called on Chancellor Rishi Sunak to fund 100 more Opportunity Areas, many in the North.

It cannot be fair that a person’s prospects in life are determined by the place or circumstances into which they are born. Certainly, success in the education system correlates with success in other aspects of life. The Social Mobility Commission recently criticised the Government for not having a joined-up approach to Levelling Up and has called for the kind of cross-departmental coordination which was given to Brexit. In a report presented to Parliament in June, it noted half of adults from the poorest backgrounds received no training at all after leaving school and that even in a professional role, they earned 17 per cent less, on average, than more privileged colleagues. Additionally, it found 24.7 per cent of disadvantaged students achieved a good pass in English and maths GCSE, compared with 49.9 per cent of all other pupils.

The University of Bradford’s own exemplary work on overcoming the factors which hinder social mobility, whether that is raising aspirations in white working class communities or challenging career preconceptions among BAME (black, Asian, minority, ethnic) families, has already reaped rewards. The proportion of students coming to our University from postcodes where traditional participation in HE was lowest is rising faster than in the rest of the UK. Opportunity Areas will have a similarly transformative effect. Bradford needs to build on its success and create long lasting educational improvement. Areas which have already tested the scheme can then mentor others.

The pandemic has left the economy in a perilous state. While universities and schools have done much to prepare for the return of students in a socially distanced world, it cannot be lost on politicians that it will be these very people upon whom we rely, several years hence, to rebuild and re-energise the economy.

If the pandemic has shown us anything, it is that those from deprived backgrounds suffer disproportionately throughout their lives: in careers, education, housing and health. One way to break that cycle is education. Opportunity Areas could be the means by which we not only ‘level up’ but navigate our way through the pandemic and beyond.

If the Government is serious about making its ideal of a Northern Powerhouse into a reality, if it wants to lay the foundations for a resurgent, adaptive and flourishing economy, if it wants to show leadership through trust, creating a Northern swathe of Opportunity Areas is a good place to begin.