The AFE Research Centre brings together a dynamic group of younger and more experienced academics in a multi-disciplinary team with substantial experience and expertise. Our research is primarily focused on financial and economic decision making, based on the use of new technologies for advanced analytics and modelling.

With world-leading research that impacts on both national and international regulations and policy making, we have a particular interest in the social, economic, and sustainability changes that can be made by our research contributions. AFE research also informs the study programmes within the School of Management to ensure all of our teaching is research-led.

Who do we work with?

Our team has strong international links, and a global research focus covering both the developed and emerging economies. We work with financial institutions and corporations, social stakeholders such as public sector bodies and not-for-profits. We provide essential research and data to governments, NGOs and private sector bodies. We have substantial experience of participating in and managing projects funded by leading research and industry bodies such EPSRC and ICAEW.

How do we work?

Our research combines academic rigour with relevance developed through and with international partnerships, collaborations and consultancies. Our work is shared with practitioners through our executive education programmes to advance professional practice. Our research is frequently published in high ranking national and world-leading journals and contributes directly to new thinking in the financial industry. Our team disseminates their work at a number of leading national and international forums and seminars to advance understanding as well as to inform national and international regulations and policy making in accounting, finance and economics.

AFE’s primary research is focused on all areas of accountancy, finance and economics but within this, our research expertise more specifically focuses on:

As part of an EPSRC funded project, Dr John Fry has undertaken research work on the mathematical modelling of emergency evacuation strategies with his co-author. Applications included crowd management of major events in London and the resilience of major cities in the Yorkshire region – especially in regard to flooding. John has presented this work at the Department for Business, Innovation and Skills and his co-author has also presented at written testimony to the parliament.

"In this paper, we examine the social media usage in evacuations and emergency management which represents a rapidly expanding field of study. Our paper thus provides quantitative insight into a serious practical problem. Within this context a behavioural approach is key. We discuss when facilitators should consider model-based interventions amid further implications for disaster communication and emergency management. We model the behaviour of individual people by deriving optimal contrarian strategies. We formulate a Bayesian algorithm which enables the optimal evacuation to be conducted sequentially under worsening conditions".

The model was tested on a large number of firms involved in ethical misconduct and compared with a matched sample size of firms in 28 different countries. The results showed that weak regulatory environment and internal corporate governance, combined with profitability warnings or losses in the preceding year, increased organizational ethical vulnerability. The findings have been found to have implications for firms’ external regulatory settings, corporate governance mechanisms and organizational ethical infrastructure.

More about research on International Determinants of Organizational Ethical Vulnerability

"We consider the role of media advertising in firms’ marketing efforts and posit that persistent advertisers are more likely to benefit from advertising activities in creating long‐lived intangible assets. Employing a sample of persistent UK advertisers over the period 1997–2013, the research found that advertising expenditures are significantly positively associated with firms’ future earnings and market value. These findings have implications for marketers in providing evidence of the value generated by firms’ advertising budgets, for investors in validating the relevance of advertising information in influencing future earnings, and for accounting regulators in relation to the provision of useful insights for any future deliberations on financial reporting policies for advertising expenditures". 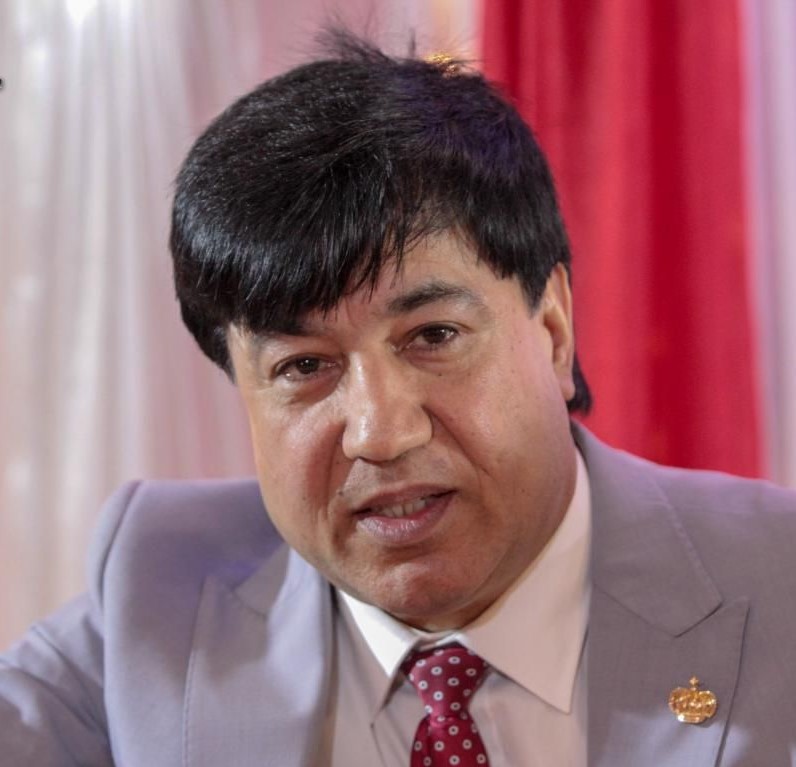 Professor Roger Adkins joined the School of Management in 2011. Roger previously held an academic post at the Salford University Business School, following appointments in Tanzania at the Universities of Dar es Salaam and Mzumbe. He graduated with a PhD in Accounting and Finance at Manchester Business School, University of Manchester.

Dr. Mark Baimbridge is a Senior Lecturer in Economics at the University of Bradford, UK.

Majid Aminzare is a Senior Lecturer in Accounting at the University Of Bradford School Of Management. He is a fellow of HEA (Higher Education Academy) and a member of the Accounting, Finance and Economics research centre at the School of Management. Majid is a member of ICB (Institute Of Certified Bookkeeper) and has a certificate of competency in Business Taxation and Accounting Principles from ATT (The Association of Tax Technicians) one of the world’s leading professional bodies in the tax profession. He has a certificate for the fundamental level from ACCA (The Association of Chartered Certified Accountants), and since joining the academia in 2010 has been nominated more than 7 times by the students through the students led teaching awards for ‘Inspirational Teaching Award’, ‘Lecturer of the Year Award’ and ‘Innovative Teaching Award’.

Majid earned his BSc in Business Economics from the University of Tehran, and MSc in Banking Management from Iranian Banking Higher Education. He is a qualified accountant with over 25 years of experience providing tax and accounting services to businesses and individuals both in UK and overseas. He worked as a Financial Analyst at Melli Bank PLC in the city of London and has also been the Head of Finance for two UK based companies. Majid also worked as a Contract Client Manager at Calcutt Matthews, one of Kent’s leading Chartered Accountancy firms, before joining the academia in 2010.

With 14 years of industrial experience in using Sage Line 50 Accounts and Payroll, he has been able to gain all relevant certificates from Sage. This has enabled him to organise and run workshops on Sage Line 50 Accounts and Payroll for accounting and finance students since 2010 and recently for the directors and managers of the local businesses through Bradford University Knowledge Transfer Network (KTN). This was a valuable contribution as it provided students with relevant skills and practical experience, which lead to higher employability amongst those students attending the workshops. 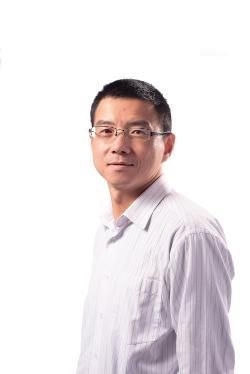 Dr. Yuliang (Steven) Wu is a Senior Lecturer at the University of Bradford. He previously hold lectureship at Queens University Belfast. His research interests include asset pricing and bank risk management. He has published research papers in Journal of Banking and Finance, Journal of Future Markets, British Accounting Review, Financial Review and among others. He welcomes potential PhD students, who have research interests in the areas of asset pricing or corporate finance.

Muhammad Khawar is a Senior Lecturer at the University of Bradford, School of Management. He is a Chartered Certified Accountant (ACCA) with degrees in Economics (BA) and Applied Accounting (BSc Hons). Muhammad is the module leader on undergraduate (BSc) stage three modules in Taxation and postgraduate (MSc) modules in Strategic Accounting and works on Business Economics modules (BSc & MBA-DL) at the School of Management. Before joining the University he has taught online degree programmes with Kaplan Open Learning and has been part of a public practice. Muhammad is currently working with professional awarding bodies to write and mark their professional examinations. He speaks English, Urdu and Punjabi. 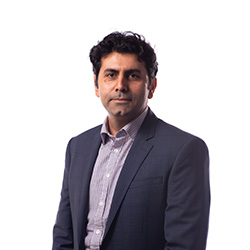 Dr Mahdi Mousavi (PhD, MSc, MA and BA) is a lecture of Finance at University of Bradford School of Management. He achieved a PhD in finance from the University of Edinburgh Business School, UK, and MSc in Finance from Essex Business School, UK. He also holds a BA and MA in Financial Management from Iran. He received a PhD scholarship from the College of Humanities and Social Science of the University of Edinburgh, and an abroad PhD scholarship from the Ministry of Science, Research and Technology of Iran.

His research interest consists of a variety of topics including the design and performance evaluation of bankruptcy prediction models, credit scoring, corporate finance, and international business. His work has been published in several peer-reviewed international journals, such as Annals of Operation Research, International Review of Financial Analysis, Journal of Developing Areas, and Journal of Economics, Business and Management.

Dr Mahdi's research outcome about the multi-criteria ranking of bankruptcy prediction models is published as a chapter of the book entitled "Advances in DEA Theory and Applications with Extensions to Forecasting Models" by Wiley. Further, he has almost six years of teaching experience in China, Iran and UK and over five years of industry experience as a capital market analyst in the Stock Exchange. Dr. Mohamed Eldaly completed his BA (Honours) degree in Accounting at Cairo University, Egypt and his M.Sc. in Accounting at the Arab Academy of Banking and Financial Sciences, Egypt. Then he awarded his PhD in Accounting from University of Bedfordshire, UK. Mohamed worked as an external auditor in KPMG – Egypt (Hazem Hassan), and later he switched to the academia and become a lecturer in Accounting.

Dr. Mohamed also worked as a professional trainer of IFRS certificate. Prior to joining Bradford School of Management, Mohamed worked at Shorouk Academy, Egypt and Anglia Ruskin University, UK. Mohameds work has been presented in a number of national and international leading accounting journals (i.e. International Journal of Auditing, Journal of Applied Accounting Research, Accounting Research Journal) and conferences such as BAFA, EAA and AAA and their auditing groups. 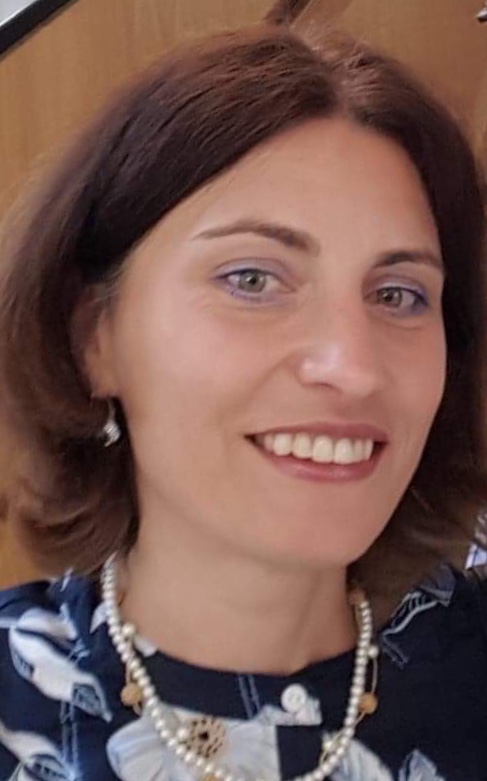 Dr. Dariya Mykhayliv graduated from the University of Leeds with a PhD in Economics. Her research interests are at the intersection of microeconomics, financial economics, corporate governance and macroeconomics. One stream of her recent research investigates the impact of private benefits of managers on the (investment) behaviour of firms, both from a theoretical and empirical perspective. This research has applications to issues related to corruption and asset stripping frequently observed in transitional economies. Her other stream of recent research deals with macroeconomics, the financial system in Europe and its impact on inequality, in particular, alternative means of finance and comparisons between social and conventional banks with respect to financial performance and economic efficiency.

Dr. Shan Lu recently completed his PhD in Finance at the University of Aberdeen in Scotland in January, 2019. His main areas of research are empirical finance and applied financial econometrics.