The Civil Engineering Research Facility consists of a dedicated laboratory facility. The testing laboratory is dedicated to research and development work, encompassing both empirical and numerical testing/design programmes. They include:

The Bradford Centre for Sustainable Environments has been very successful in recent years, obtaining a number of research grants from highly regarded UK funding agencies, namely the Engineering and Physical Sciences Research Council (EPSRC) together with industrial consultancy projects.

The Acoustics and Environmental Laboratory is a unique laboratory combining acoustics and material testing to ISO standards. We have an anechoic chamber and a variety of acoustic, thermal and vibration testing equipment available. We have a number of testing facilities, which include: 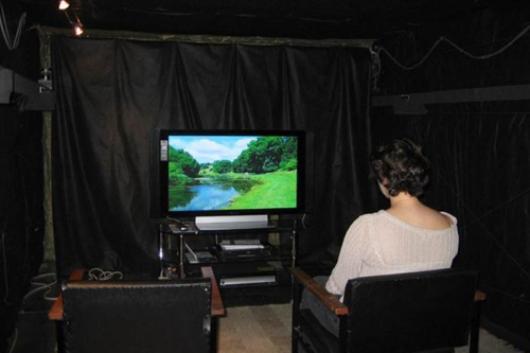 The laboratory practical's include:

The aim of the laboratory excercises is to give students an opportunity to understand the main instruments, apparatuses and their applications in the geotechnical materials laboratory to obtain skills through designed laboratory exercises.

The heavy structures laboratory holds one of the largest strong floors in the UK. The Faculty of Engineering and Informatics has invested over £500,000 into the facilities of the heavy structures laboratory, including a main ring hydraulic system with twin pumps capable of delivering 300l/min of hydraulic power; it allows full-scale experimental studies on structures up to 15 metres long in static, dynamic and impact loading. Several servo-controlled actuators and control systems were acquired together with a series of loading frames with capacity up to 5,000kN. 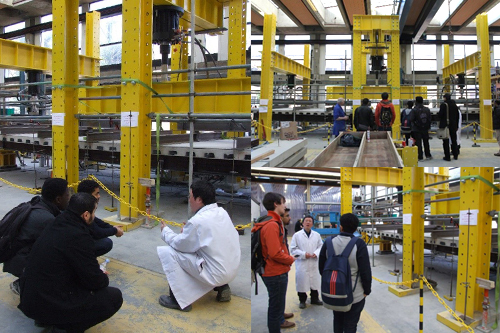