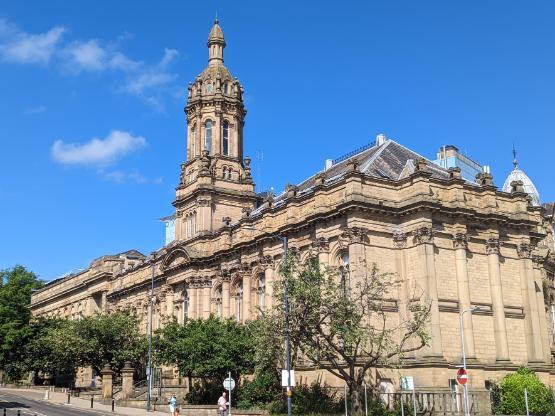 The University of Bradford is celebrating the 140th anniversary of the grand opening of the first dedicated building at Bradford Technical School - the first step in the city’s journey to a university.

The University of Bradford  is celebrating the 140th anniversary of the grand opening of the first dedicated building at Bradford Technical School - the first step in the city’s journey to a university.

23rd June 1882 saw the school unveiled by the Prince and Princess of Wales - the future King Edward VII and his Queen Consort Alexandra.

The rapid growth of the textiles industry in Bradford, and the steady stream of people coming into the city to work in the mills meant that leading non-conformists of the time felt morally obliged to improve the education of these workers, and a series of lectures and classes at the Mechanics’ Institute was established in 1832.

The school initially focussed on subjects of general education but the popularity of scientific and technical topics, fuelled by the dominance of the textile industries, meant that by 1863, professionally run classes, including textile topics had arrived. The need for a dedicated building to educate the population was sorely needed, and less than 20 years later, this need was fulfilled.

The visit  by their Royal Highnesses, who had been guests of Titus Salt,  brought great excitement to the city, where thousands gave a hearty Yorkshire welcome complete with flags, banners and triumphal arches lining their route from Saltaire to the Technical School.

The opening ceremony itself was a suitably grand affair, with the Prince of Wales presented with a gold key with which to open the door, followed by a lavish luncheon in their honour. Guests feasted on a six-course meal which included Severn Salmon en Mayonnaise, Chaudfroid of Pigeon a la Royal, Lobster Mayonnaise and a Pyramid of Prawns.

To commemorate the Prince and Princess’s visit to Bradford, a silk panel was produced, showing the building, Their Royal Highnesses and the city’s latin motto ‘Labor Omnia Vincit’ - ‘Hard Work Conquers All’, which can be seen in the University archive, along with a pamphlet detailing the events of the day. 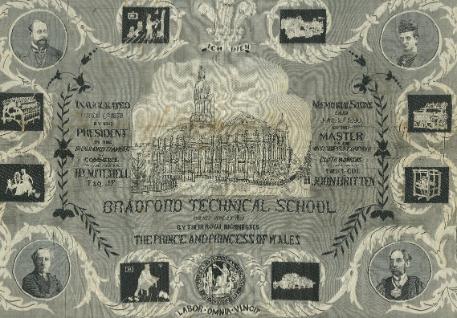 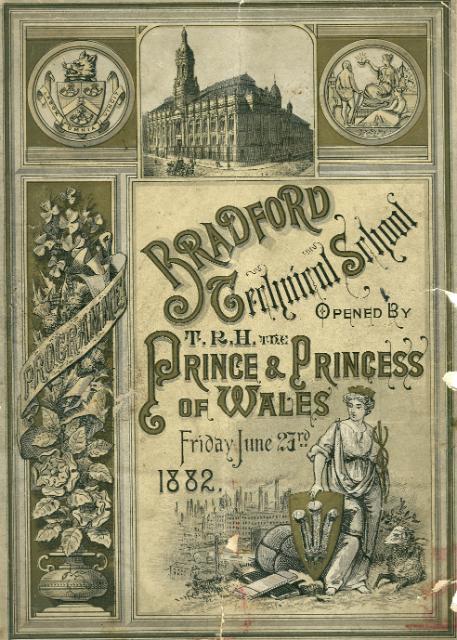 Julie Parry, Archivist at the University of Bradford says: “We are so fortunate here to have these  items in our archive. It’s fascinating to be taken back 140 years and see how proud the city was of its journey to higher education, and how welcoming they were to the Royal couple.”