Postscripts to podcasts: Bradford artists will follow in footsteps of J B Priestley 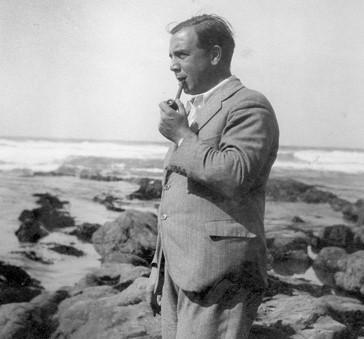 More than 70 years after Bradford-born writer J B Priestley made a series of short impactful radio broadcasts about life during the Second World War, a group of Bradford artists will create a series of podcasts looking at life in the city.

The ‘New Postscripts’ project is being coordinated by the University of Bradford, with funding from the Arts and Humanities Research Council (AHRC) and support from the BBC.

Project lead Dr Mark Goodall, programme lead for MA Independent Filmmaking at the university, said: “We are thrilled to be working with the AHRC and BBC to bring Priestley’s postscripts back to life for a contemporary audience. We believe we have secured a fantastic team of contributors that have important things to say about the state of the world today. Radio is often a forgotten artform in the new media landscape yet can still resonate with a wide audience.”

J B Priestley’s now famous Postscript series chronicled the life of ordinary folk during the Second World War, beginning in June 1940 and running throughout the summer, when the threat of invasion by Germany remained palpable.

Priestley’s talks were short and to the point and yet managed to capture a level of detail and intimacy that left his audience captivated. His commentary on the rescue of British troops from Dunkirk recalled the names of pleasure boats, people and promenades, together with more subtle observations of a shared seaside experience, and all of it was delivered in a distinct Yorkshire accent.

The new AHRC-funded project will develop a new set of ‘postscripts’ with a diverse range of voices that will utilise the spoken word, music and sound effects.

The project will output six five-minute radio pieces for broadcast on BBC Sounds. The ‘New Postscripts’ will be varied and experimental; fresh takes on British cultural history and the British landscape.

Although Priestley’s Postscripts were broadcast during wartime, they often focussed on smaller everyday experiences - trips out, food and the weather. These ‘New Postscripts’ will build on broadcast legacy to paint a diverse portrait of contemporary lived experience.

The BBC began its life as a radio broadcaster and this project will highlight how radio is still an important aspect of its work in the 21st century.

These are the people commissioned so far, all of whom have agreed to take part:

Dr Mark Goodall is an Associate Professor at the University of Bradford (UK). He has published books on film and music and was producer/director of the feature film Holy Terrors (2017). He has written for The Guardian, The Independent and The New European and plays with the group Rudolf Rocker.

Dr Karen D Thornton is Programme Leader for the BA Film and Television degree at the University of Bradford. Her primary area of interest is in examining documentary, and she has published work which includes exploring the relationship between public service broadcasting and BBC factual practices.

Dr Yunis Alam is a sociologist, working at the University of Bradford. His research interests span ethnic relations, popular culture, ethnography and postcolonial literatures. He has also published a number of novels and short stories.

Image: Priestley pictured on the beach in 1928. Credits: University of Bradford.