Rare opportunity for aspiring filmmakers to learn from the best 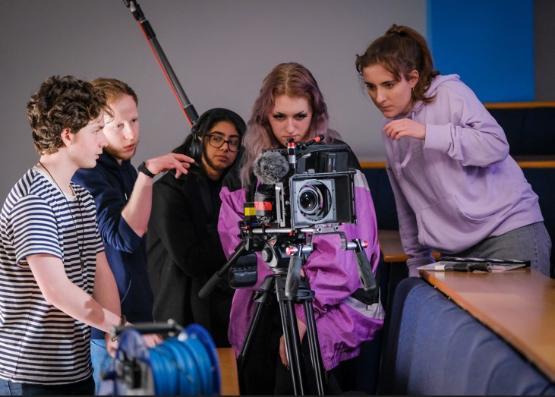 Teenagers are being offered the unique chance to learn about filmmaking and get their own movies on the big screen with the BFI Film Academy.

The course, open to anyone aged 16 to 19, is based at the University of Bradford and runs over a series of weekends and evenings, from Saturday, 26 November, 2022, until January.

Zoe Naylor, a partner at Yorkshire film bureau Reel Solutions, which delivers the BFI - British Film Institute - programme, said: "This is a fantastic opportunity for anyone aged 16 to 19 who is interested in the filmmaking industry.

“They will learn about every aspect of the process, from pitching their own ideas to casting, sound, shooting on location and editing, all supported by professionals.

“We also invite guest speakers to come and inspire the next generation of filmmakers so the young people get to hear from specialists in their fields.

“Many of our former students go on to work in TV and film.” 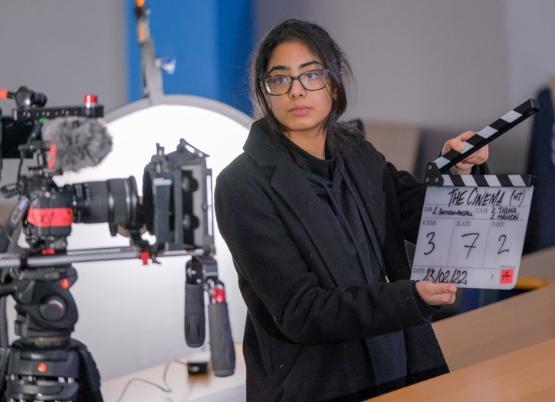 As well as gaining a unique experience, participants will also receive a vocational Level 2 NCFE qualification in Preparing to Work in the Film Industry which is recognised by the industry.

It could be the first step in following in the footsteps of Hollywood Oscar-winners like The Grand Budapest Hotel director, Wes Anderson, or Chloé Zhao, who directed Nomadland.

Once students have completed the course, BFI Film Academy alumni can access a range of other opportunities to develop their skills and further their careers. This includes BAFTA mentoring and traineeships with major studios, which have previously included Eon for Bond film, No Time to Die, and Lucasfilm across a number of Star Wars movies. 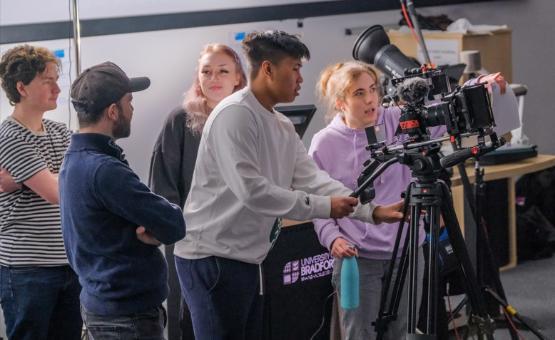 Pictured above: Students on the BFI short course at the University of Bradford

With the spotlight on Bradford as the UK’s City of Culture in 2025, there has never been a better time for the young talent in the region to explore their creative potential and get an insight into the roles and career paths available in film.

Zoe Naylor said: "Being chosen as the next City of Culture is no surprise to me, Bradford is already a melting pot of creativity bursting with young talent.

"I’m so pleased that the opportunity to showcase our homegrown talent to the rest of the UK will potentially be of such benefit to local teenagers who each year blow me away with their commitment and creativity.

"Whether they have previous filmmaking experience or not, by the end of the Film Academy they can call themselves filmmakers having developed and executed ideas together to create short film masterpieces. Never has there been a better time for young people to develop their skills in film, get ahead of the curve in advance of Bradford’s national spotlight and get a glimpse of careers, and what it’s like to work in the screen industries.

"It’s an area of growth and the industry needs more people so there are great career opportunities too."

Mark Goodall, Associate Professor in Film at the University of Bradford, said: "Film is a big part of Bradford's culture.

"We are the first UNESCO City of Film, we have the National Museum of Science and Media and the cinemas. This course, run by the institute for film in the UK, contributes to the idea that film is important to the city."

The course costs £25 and there are bursaries available for those who are eligible. Applications for the 20 Academy places are open to anyone aged 16-19 years and not currently enrolled at university.