Professor Munro Price on what's next for the monarchy 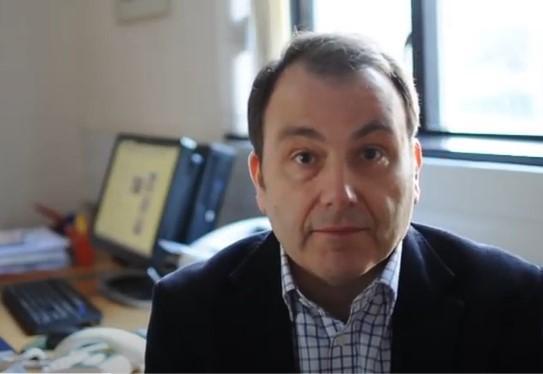 AS we begin the reign of King Charles III, a University of Bradford historian takes a look at what the future holds for our monarchy.

From the Commonwealth to politics and the arts, Munro Price, Professor of Modern European History, gives his thoughts.

What will be the future of the Commonwealth now?

“One of Queen Elizabeth’s II’s greatest achievements, together with Prince Philip, was transforming the British empire into the Commonwealth. Let’s not forget, the Queen’s father was the last Emperor of India.
Changing the empire from a racial hierarchical basis to a multi-national, multi-cultural institution that some countries, like Mozambique - which had no connection to Britain through the empire - actually want to join, is amazing.
Clearly some countries have wanted to become republics but have perhaps waited out of respect to the Queen, like some of the West Indies and Afro-Caribbean countries, whose connection with Britain is so linked to slavery.
But it may be that white dominions, such as Canada and New Zealand, might be happier to stay as part of the Commonwealth.
Australia will be the weathervane, the one to watch.
It may not actually matter whether the monarch of the United Kingdom is formally the head of the Commonwealth. Soft power is often just as useful these days.
In the future, I can see Prince William acting behind the scenes, keeping connections and smoothing out problems, even without the formal title.”

Culture and the arts:

“Another important function of monarchy is to encourage culture and the arts.
Charles - as well as Kate  - is much more interested in culture than the Queen ever appeared to be. Maybe she was in private, but in public, her love of horse racing always came first.
I think Charles will represent a significant change in that respect.”

Speaking out on issues:

“While the Queen was very discreet, Charles has been much more outspoken in the past.
He has enemies who will pounce on any mistakes he makes.
Personally, I think he’s got a right to speak out about carefully chosen, non-party political issues, like the environment and architecture.
However, even these issues have a political dimension and could easily involve Charles in future controversy.
So he’s going to have to play it safe for some time.
The key thing is how King Charles III manages his role in staying above politics.
He needs to have very good advisers - and listen to them.”

“As we mourn the Queen’s passing, questions will inevitably arise as to the future of our Royal family.
One argument for monarchy is that it’s so important to have a head of state above politics, and I know this from my work.
As a historian, having that building block of stability is a very important link to the past, in an age where everyone seems keen to forget or even cancel large chunks of history.
It might not be the sort of history some people want and of course there are arguments against it, such as its reinforcing the class system in a negative way.
But I think a monarchy performs a very important function.
Look at France. Look at America.
Both republics spectacularly broke with their monarchies - in the case of America, our own King - but both remain very divided countries.
If you find yourself talking to any French or American person, and they discover you’re British, sooner or later, the conversation is bound to come around to the Royals. They are fascinated.
It’s as if it’s a phantom limb - it’s missing but they can still feel it twitching.
The upheavals over Brexit have created a lot of uncertainty about Britain’s future direction. As a result, we need ballast and tradition more than ever.
Monarchy keeps us on track and helps ensure stability. We won’t know how important it is until it’s gone.”