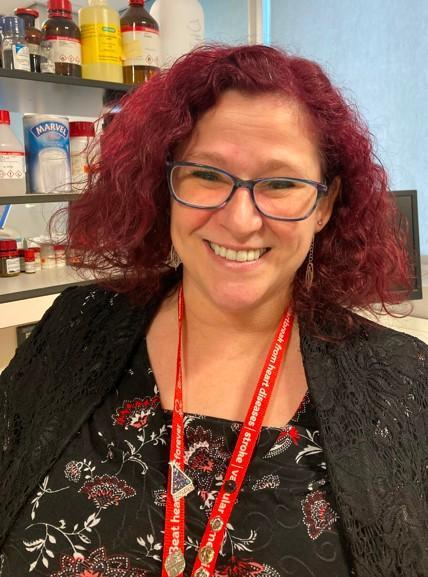 A life-saving test which could be used by doctors to detect the true age of a patient's blood vessels to identify those at risk of a heart attack or stroke is being developed by University of Bradford scientists.

Dr Kirsten Riches-Suman, associate professor in Biomedical Science, is leading research into the causes of early vascular ageing and how it can be detected in order to deliver early interventions.

The project has won global recognition from a suite of respected international biochemistry and biophysics journals.

Premature vascular ageing is caused by genetics as well as lifestyle factors, such as obesity and smoking.

It is also more likely to occur in people with Type 2 diabetes.

Dr Riches-Suman said: “A 42-year-old person who is fit and healthy would have blood vessels that would look like those of an average 42-year-old.

“But, for example, a 42-year-old with Type 2 diabetes could have blood vessels which resemble those of an average 57-year-old.

“A person whose main vessels to the heart are showing a lot older is more likely to suffer from conditions you would usually expect to see in an older person, such as heart attack or stroke.

“With people who have Type 2 diabetes, it would also affect blood vessels in the legs, which means blockages are more likely which can lead to amputations.”

The aim is to design a test that can be carried out in a GP's surgery which can tell the relative age of a patient’s vessels and why they have prematurely aged.

Dr Riches-Suman said: “It means we can then introduce therapies to try to stop the problem worsening or, hopefully, reduce it.”

Currently, medics can only tell the stiffness of a person’s blood vessels by measuring pulse waves in different parts of the body but that does not reveal the cause of the premature ageing.

One aspect of the research is looking at the links between major blood vessels of the heart and smaller blood vessels in the skin to see if they share common signatures.

Dr Riches-Suman said: “If there are common signatures, that means we could detect the condition of the major blood vessels by using a small ‘punch’ biopsy from the skin on a person’s hand, which could be carried out by a GP or in a clinic.

“In the future, it could be part of routine screening on people, say, over 40 years old and develop personalised medicine for vascular disease.

“The ultimate aim is to save lives.”

Dr Riches-Suman hopes a test suitable for use in clinics could be available in as little as 10 years.

As well as saving lives, it could also save the NHS money.

According to the latest British Heart Foundation figures, around 7.6m people in the UK are living with heart and circulatory diseases.

The charity reports the total annual healthcare cost of heart and circulatory disease in the UK is £9bn.

The NHS reports spending £10bn a year on diabetes - around 10 per cent of its budget.

Dr Riches-Suman published her paper in BBA Molecular Basis of Disease in July and was awarded the BBA Rising Stars Award from the journal earlier this month (August).

She is being assisted by two self-funded PhD students, Alisah Hussain and Yaw Asare-Amankwah, who are building their careers in researching diseases that are important across the world.

Professor Anne Graham, Head of School of Chemistry and Bioscience at the University of Bradford, said: “It was no surprise to me that Kirsten was recognised as a rising star as she is one of the most enthusiastic and dedicated cardiovascular scientists I have ever met.

"Her research group’s focus on translating scientific discoveries from the bench to the bedside, potentially identifying those at higher risk of vascular disease leading to heart attacks and strokes could make a real impact in the future of medicine."