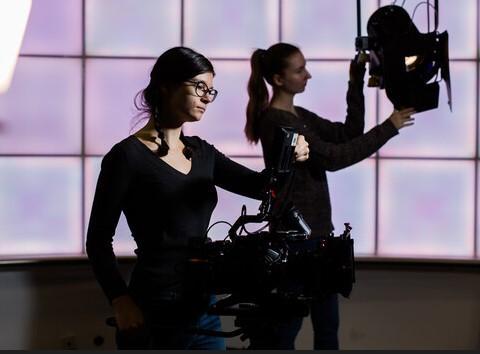 BRADFORD is seeing an “unprecedented demand” for locations for TV and movies - now one leading expert reckons it has the potential to become a ‘Hollywood of the North.’

Professor David Wilson, director of Bradford UNESCO City of Film, said: “In the first six months of 2022, we had more productions filming in Bradford than in the whole of 2021.

“There has been an unprecedented demand.

“This is by far the busiest summer the Film Office has experienced since it was reborn in 2012.”

This year alone, the city has hosted a raft of big name productions including season five of the Netflix hit, The Crown, Channel 4 series Ackley Bridge, BBC’s Happy Valley and ITV factual drama The Hunt for Raoul Moat.

Netflix has been filming its new eight-part murder mystery, Bodies, in the Little Germany area and at the city’s most iconic mill, Lister Mills, in Manningham, while Amazon has taken over the much of City Hall in recent weeks for a romcom called Upgraded.

Ahead of the event, he called for permanent studio space in the city, which, he said, would significantly increase Bradford's film and TV credentials and result in more production in the area.

According to Historic England, there are more than 2,000 listed buildings in the Bradford district, so there is plenty of scope for atmospheric and picturesque location settings.

But, Professor Wilson argues, a permanent studio for productions to use -  like Pinewood Studios, near London, where James Bond was filmed - would put Bradford on a par with other northern film-making rivals, Manchester, Leeds and Liverpool. 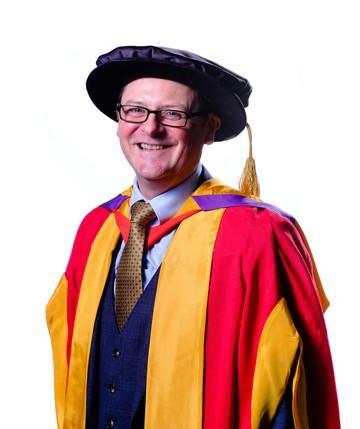 He said: “We’ve got a temporary studio at the moment in the old tax office, just outside of Bradford, in Shipley, which is being used for an ITV medical drama, plus the one in Little Germany.

“But they are just pop-up ones.

"What happens then, is that the production has to travel to Manchester or London for the studio shoots. When you’re talking about transporting 60 to 100 crew members, excluding actors and extras, that’s very expensive.

“What we really need is a space where you can build any set you like, from recreating a 19th century police station to a hospital set.

“If Bradford invested in a set build space and studio space, we would double the number of filming days overnight.”

With the advent of streaming services like Netflix and Amazon, there has been an explosion in the amount of film and TV being made.

Professor Wilson said: “I know from my networks that all regions of the UK have seen a significant increase in productions since 2019.

“Most of the film studios in the UK are on the outskirts of London, around the M25, but, I believe they are booked up for months to come.”

And Professor Wilson believes the city would see a knock-on effect from such an ambitious plan.

He said: “When the BBC moved to Salford, all the other companies around TV and film started opening up in MediaCity too, from prop stores to companies that hire lenses for cameras.

“A whole ecosystem starts to build.

“Bradford doesn’t have to be in the shadow of Manchester or Liverpool or Leeds, it can contribute and complement work going on across the North to benefit the whole industry.

“There are disused buildings available and we have built a reputation as a film-friendly city.

“Over the last 10 years, we’ve built a team, from those in highways to building custodians, museums, galleries and the University, who all recognise that having filming in Bradford brings in income, screen tourism and a positive reputation for the city.

“We were the first in the world to be designated UNESCO City of Film, and with Bradford being City of Culture in 2025, now is the time to cement our position as a film-making capital.”

Productions filmed in Bradford in 2022 so far: