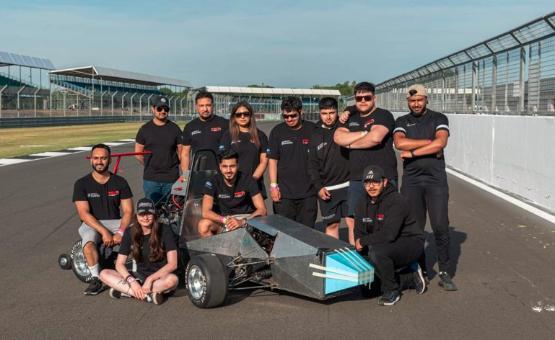 Mechanical engineering students from the University of Bradford built a race car from scratch and took it to the annual Formula Student event.

It is the first time that students from the University’s Team Bradford Racing have built an entire car from the ground up - and although they did not race it, they won praise from scrutineers. 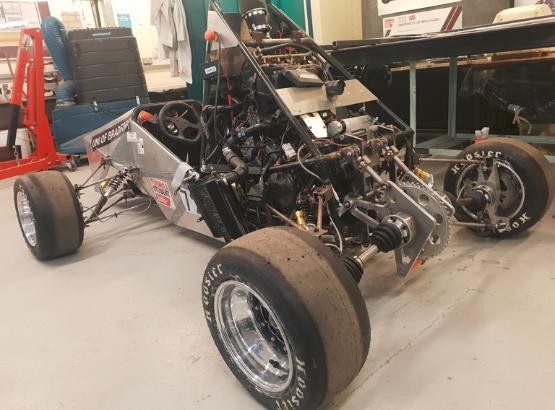 “For any student looking to do mechanical engineering, this is something they can get involved in. The competition has been around for more than 20 years now and our students began taking part in 2018. This is the first time we have built a full car. We didn’t race the car but that was not this year's goal - the goal was to get it to the scrutineers, who then gave them valuable feedback.

“It’s a massive achievement, because building a car completely from scratch is a huge undertaking. On top of that, they have done it all as extra-curricular activity. In terms of experience, it’s invaluable, because they had to solve real problems, and once they go into industry, when they are designing a component or subsystem, that is the kind of experience they need.

“Judges told them that as a new team they were really impressed they managed to build the car from ground-up in such a short time."

He added: “It’s also about understanding team-working, being able to meet deadlines, planning and so on. Going to Silverstone is also a big deal for the students. The car was assessed by industry experts. For future students, we now have something we can actually see, so from an educational point of view, it’s really useful. 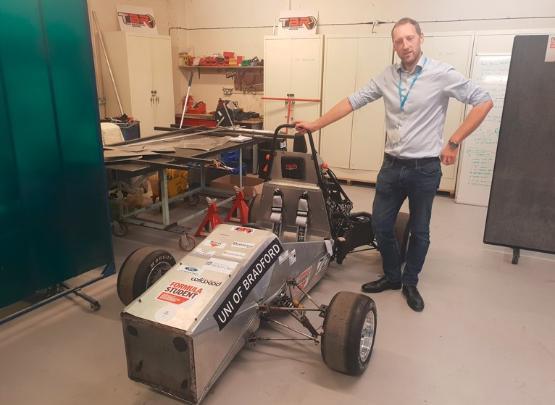 Dimitris Koutsoumaris, known as Jim, worked on the 2022 Formula Student entry until he graduated in 2018 with a degree in automotive engineering.

Jim, originally from Greece, who now works for motorsport engineering firm Multimatic, chose to study in Bradford because of the university’s links to industry. He said: “Formula Student is a rewarding experience, it teaches you all sorts of practical engineering skills such as suspension geometry, vehicle layout and power train to things like team-working, management, advertising, talking to sponsors, and more. I thoroughly enjoyed it and was proud to be part of it.” 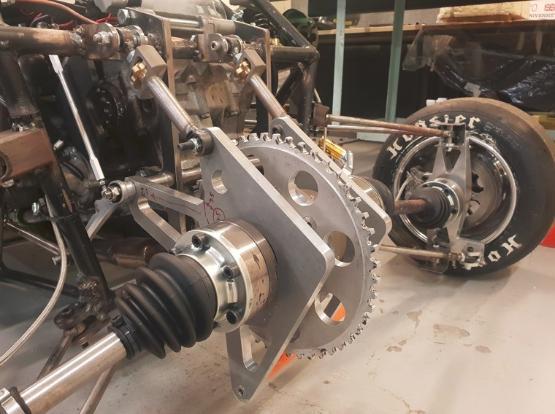 Fellow graduate Amin Sultan, who is studying a Master’s in Advanced Mechanical Engineering at Bradford and is current team leader, said: “There is a significant sense of achievement when I look at what we managed to accomplish. There was a huge investment of time from the whole team, who often stayed late into the night. This commitment was rewarded when we achieved our goal of finishing a car for the first time and getting it to scrutineering. This will give next year’s team a significant advantage, as they will be able to build on the foundations of what we have started.”

He added: “Formula Student is held at Silverstone the week after the site hosts the F1 grand prix. The atmosphere can only be described as electric, with a strong sense of camaraderie between all the many participants, who attend from all over the world..”

Apply for mechanical engineering courses at the University of Bradford through Clearing here.