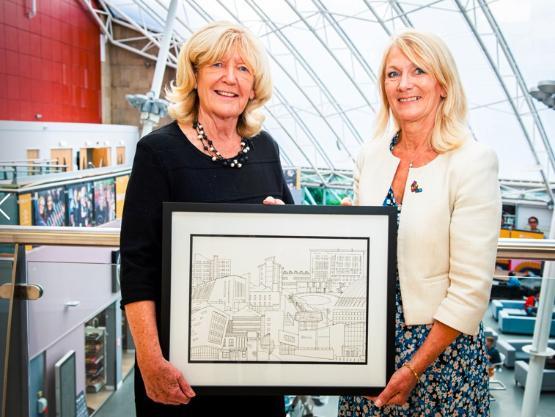 Baroness Ann Taylor, who officially stepped down as chair of the University’s council after seven years in the post earlier this year, has praised the institution for making a real difference to people’s lives.

She revealed that she jumped at the chance to become involved with her old university. She said: “Bradford has always been an important part of my life. When I attended, Harold Wilson was PM and also chancellor of this university. It  felt as though you were very much part of the real world, and connected to the community.

“This has never been an ivory tower university, it has always been a university that does things - such as its research on dementia - that makes a real difference, that improves the quality of people’s lives.”

She added: “City of Culture is going to give Bradford renewed confidence. The university is in a really strong position to help with the delivery of that. The fact it is so much a part of the city is one of its strengths.”

Vice-Chancellor Professor Shirley Congdon said: “I thank Baroness Taylor for her service to the university. During her seven years as chair she has provided strong leadership, guiding and strengthening our impact and presence. She has enabled us to develop a robust strategic plan based on the values of inclusion, trust, innovation and excellence, to ensure the university is ready for the challenges of the modern world."

Eileen Milner took up the role of chair earlier this year.