Prepare for the rise of the AI lawyer 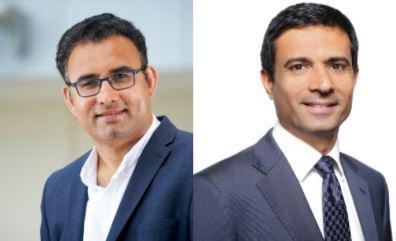 Your AI lawyer (LILA) will see you now… for free

A two-year pilot project has been launched to develop an ‘Explainable Artificial Intelligence’ (AI) system to deal with immigration applications.

The pilot study will effectively automate immigration applications, taking real lawyers out of the equation for most of the process. It could also result in huge time and cost savings.

The endeavour is part of what is known as a Knowledge Transfer Partnership (KTP) between the University of Bradford and London-based immigration specialists AY&J Solicitors.

LILA  (Legal Immigration Artificial IntelLigence Advice) will employ something called a ‘knowledge graph’, which ihs like a database but more complex.

It will also use ‘deep learning algorithms’ to analyse case law and learn from active decision-making and will even be able to have conversations with people.

Experts say the system could revolutionise the industry.

Dr Dhaval Thakker, Senior Lecturer in Computer Science in the Faculty of Engineering & Informatics at the University of Bradford said: “The idea is to use what we call ‘Explainable AI’. This is where an application that is designed using AI can explain its reasoning - in other words, to assist in making immigration law applications.

“Law is a very traditional occupation and there has not been much technological innovation in the industry. LILA will be a decision support system, supporting rather than replacing humans.

“The number of immigration applications is expected to rise following Brexit. This system can help in terms of ‘onboarding’ clients, conducting risk assessments, data collection and so on, carrying out much of the groundwork in the process and in so doing, dramatically cut costs.”

The project brief states the system could even be free up to a point, a potential gamechanger for the industry, given solicitors’ fees can run to hundreds of pounds per hour.

AY&J owner Yash Dubal said: “This might change the entire dynamics of the law industry. It's very early days but if it’s a success in immigration law, then it could be applied to other areas. The goal is to deliver the best legal advice to everyone without having to pay £250-300 pounds an hour. As an immigrant myself, I know how much of an obstacle that can be.”

He added: “We have to start small before we take a bigger step. It has a lot of potential. It could demonetise the entire sector and in so doing, it will reduce the need for specialised skilled lawyers and that will reduce costs. This could benefit tens of thousands of people.”

LILA (which is also Sanskrit for ‘divine play’ or ‘mystery’) will build something called a knowledge graph (like a database but one which allows for a much more fluid use of data), to capture the tacit knowledge from solicitor experts, statutes and case law and then analyse that. It will also constantly monitor decisions made by existing experts and learn from them. Ultimately, however, it will be lawyers who make the final decisions.

How it works in detail

LILA will be able to interpret immigration queries and requests by utilising its knowledge graph. It will collect information, ask questions of clients in the form of text or voice and will even be able to prepare a technical legal response.

The project brief states: “The LILA conversational agent will take care of initial advice and the required documents, follow-ups for further clarifications, and checks. Experts’ ongoing feedback will help expand its knowledge base.

“Initially this response will be reviewed by solicitors before it reaches the client as a final advice. This feedback from solicitors will be fed into LILA for it to improve and learn from it. Part of this… is envisaged to be offered as a free service to support rapport building with potential clients. Full system will be offered to the fee paying clients.”

Dr Thakker added: “We are very excited about this project, it has a lot of scope and there will be a lot of applied research which comes from it. It has the potential to save time and improve efficiency so human agents can do other work. If you use something like AI, you can standardise many things. If successful, we will look to scale it up or put it into other areas of law.”

Founded in 2016, A & Y Law Ltd (trading as A Y & J Solicitors) is a multi-award winning, 10+ years experienced, Legal 500, UK immigration law firm based in Central London, registered by the OISC (Office of the Immigration Services Commissioner). A&Y are SRA-regulated solicitors with expertise in UK visas, work permits, visa extensions and visa renewals for individuals and businesses. A&Y’s mission is to ‘Offer the best immigration services for all, not a few’, by providing better value services.

After completing my Computer Engineering degree in India in 2002, I could have taken a job paying a modest salary. But I wanted more. A friend had left for the UK and my family encouraged me to go too. A cousin lent me £1,500 for the visa fees. I arrived in May 2003, on my own with no contacts and no support.

Within 15 days I started working as a cashier in Smithfield Market and found a place to live in East London. I saved £50 to send to my mother so she could buy the first fridge she'd ever owned.

I worked hard, at times 18 hours a day seven days a week, with no holidays. I worked as a shopkeeper and security guard and also ran a small college in London. I started helping friends on their college admissions, from which I earned small commissions.

I chose to submit my immigration application without legal advice and failed. I lost hard-earned money and equally precious time. I had to hire a lawyer at significant cost in order to get a successful outcome.

While seeking a better life for myself and my family, I decided to help others with their UK immigration. In September 2008, at the start of the financial crisis, I set up an immigration law firm from a corner of my bedroom in a rented property in Hounslow with an investment of £30 for two chairs and a table from Ikea.

Our reputation spread, and by 2013 we moved to offices in Chancery Lane, central London. Today the company A Y & J Solicitors is a multi-award winning, Legal 500 company and has earned a reputation of being one of the best immigration law firms around.

Picture credit for robot on main page: Photo by Alex Knight from Pexels

Picture on this page: (Left) Dr Dhaval Thakker, Senior Lecturer in Computer Science in the Faculty of Engineering & Informatics at the University of Bradford and Yash Dubal, Founder of A Y & J Solicitors.