The University's Alumni Advisory Panel acts as a link between the alumni community and the Alumni and Development team. The AAP advises on university-wide projects and initiatives, helps to create and enhance services and opportunities for alumni and improve the student experience by contributing personal and professional insights and expertise.

The AAP will be comprised of alumni from diverse backgrounds, countries, programmes, and academic faculties of the University. 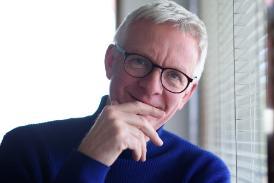 I graduated from the University in 1983 and went to work in the private sector; first for Procter and Gamble and then for HJ Heinz. In 2012 I ran the London Olympics volunteer programme for the Mayor of London and it is some of the principles, techniques and learning that I hope to be able to bring to my role on the Advisory Board. In 2015 I helped the Country commemorate the 200th Anniversary of the battle of Waterloo as CEO for Waterloo200, another programme that relied heavily on the work of volunteers. More recently I was Trustee and Chair of Neighbourhood Watch and I am currently working with the University of Surrey on a project that empowers young people to prevent low level crime in their own communities. I am also supporting similar projects in Canada where I am based but I retain my season ticket to Leeds United and this brings me back to Yorkshire several times a year. 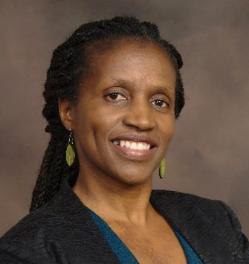 Dr. Jacqueline Ogega is the Senior Director of Gender Equality and Social Inclusion (GESI) at World Vision US, where she leads a team of technical experts in GESI integration. She is also the co-founder and president of Mpanzi, a non-profit organization that supports the empowerment of women and girls in rural villages in Kenya. Dr. Ogega has over 27 years of experience in international development, peacebuilding, education, and training focusing on gender equality, social inclusion, child protection and the empowerment of women and girls. She has worked with various organizations including Creative Associates International, PCI, World Learning, Catholic Relief Services, and Religions for Peace.  Her work has involved providing strategic GESI integration in thought leadership, new business development, program quality assurance and impact.  She has led multi-million-dollar programs involving multi-sector donors including USAID, DFID, the Ford Foundation, Nike and United Nations agencies. She is technically skilled in training, mentoring, research, and teaching. She is currently a mentor with USAID AGILE gender and inclusion training for USAID staff. For a few years, she taught the religion and foreign policy course to US government foreign service officers in Washington DC, focusing on women’s roles in peacebuilding. Dr. Ogega earned her PhD. in peace and conflict studies from the university of Bradford in the UK and holds an M.A in gender and development studies, and a B.A in education. A survivor of gender-based violence, she believes in individual agency, societal resilience and equity of systems as essential and achievable pathways to lasting, transformative change. Dr. Ogega’s upcoming memoir captures a stunning life story of overcoming adversity with personal agency and collective resilience. She is the author of Women, Religion, and Peacebuilding, a forthcoming book with Palgrave Macmillan 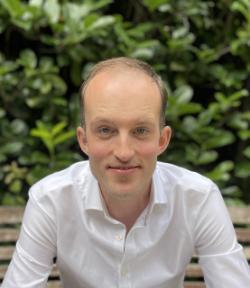 Mart is an experienced Marketing professional with over 12 years of experience across FMCG, Advertising and Tech industries. He is currently working at Meta (Facebook) where he is leading the Client Councils & Industry Trades across Europe, Middle East and Africa. Prior to this, Mart worked at HEINEKEN both in London and in Amsterdam in various Sales and Marketing roles. He’s an active mentor at VC-firm Rockstart supporting purpose driven Tech startups in their early growth. He graduated in 2010 from Bradford University School of Management with a Masters in Marketing and Management and holds a Bachelor of Business Administration from the Amsterdam School of International Business. Mart lives in the Netherlands with his wife and two kids. 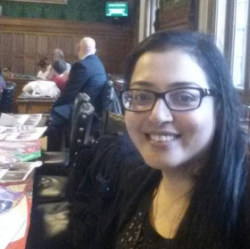 Sadia Hussain is a Health and Wellbeing Partnership Manager at Bradford Council. She manages the Bradford District Wellbeing Board and is also part of the team that supports the Districts strategic pandemic response. She has experience of managing safeguarding Social Work teams and change management as well as the implementation of large scale community engagement based projects in the public sector. She has worked in the field of Counter Terrorism and community engagement and also has experience of strategic partnership management.

Sadia graduated from the University of Bradford in Social Work in 2007 and started her career as a Child Protection Social Worker, she also holds a post graduate diploma in Child Welfare and Safeguarding from the University of Huddersfield. She is a school governor for a local primary school and has lived in Bradford for most of her life. Sadia has two young children and has a strong connection to the City and the people of Bradford. 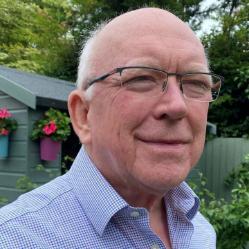 James is a Chartered Civil and Chartered Municipal Engineer with over 40 years' of experience in civil and structural engineering and property development. After completing two degrees at the University of Bradford in 1973 and 1976, James progressed into various roles in both public and private sectors including as a Highways Engineer, Senior Structural Development Engineer, General Manager and as a Senior Director for planning and strategy. In 1995 he decided to set up his own property investment, management and development company which he ran for almost 20 years. Now retired, James enjoys spending his time with his family - including seven grandchildren, undertaking DIY projects and leisure activities, and remaining actively involved with local charities and associations within the community. 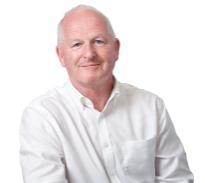 Paul is an international businessman and philanthropist.

His earlier career was spent in the fast-moving consumer goods at Mars and Coca-Cola before entering the technology sector where he worked for Apple and BT Cable and Wireless in senior commercial roles in the UK and Australia.

He joined Vodafone in 1999, and was a member of Vodafone’s Executive Committee from 2004-2009, leading the Group's emerging markets business.

Since then he has been a private equity sponsored turnaround specialist, first as CEO of Eircom, Ireland’s leading telecommunications company and then as CEO of ODEON UCI Cinemas, the leading European cinema operator, where he led the transformation and sale of the business.

He is currently CEO of critical national infrastructure provider Arqiva Group and Chairman of Action AI, a world leader in conversational interface technology. He is a founder investor and memeber of the Investment Committee at the Oxford Innovation Fund - an early-stage investor in life sciences and technology companies.

Paul holds a bachelor of arts in Scandinavian Studies from University College London and a master's degree in Business Administration from the University of Bradford. He was appointed an honorary Doctor of the University in 2016.

Philanthropy is fundamental to Paul’s philosophy. He served as senior philanthropy advisor to Sir Christopher Hohn and the Childrens Investment Fund foundation and is a founder of two private charitable funds; Our Common Good UK, a social impact accelerator, and the Daymark Fund, an educational charity focussed on the developing world.

A keen Arsenal fan, Paul  lives in Oxfordshire with his wife Anne.

The University is currently looking to fill a number of positions on the panel and we are now accepting applications from alumni.

Apply here to join the panel