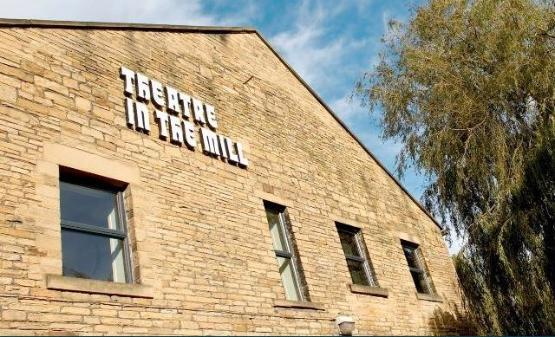 Bradford-based arts organisation Theatre in the Mill, situated on the University of Bradford campus, has successfully secured funding from Arts Council England of £367,146 for 2023-2026.

With both Bradford 2025 and the theatre’s 50th anniversary falling during the funding period, exciting projects are on the horizon for the acclaimed venue.

Artistic Director Richard Warburton says: “This continued investment will allow TiM to pursue our exciting plans in the run up to both 2025 and our own 50th Anniversary with artists, academics and communities and new international partnerships in Karachi, Goma and Melbourne to showcase the artists, networks and values we are committed to.

“We have big ambitions to transmit stories, histories and ideas through performances, installations, and interactive encounters that reflect the times and the messy world we live in.”

Part of the University since 1976, the theatre is committed to developing, supporting and presenting socially responsible art and performance, and creates spaces that promote dialogue and art that represent the narrative of people, the city and the region.

Its most recent project, Bussing Out, is an installation that brings together oral history, 2D and 3D animation, audio recording and set design to animate a hidden history related to post-war migration in the 60s and 70s. The multi-art form project has received interest nationwide with a national tour of Bussing Out due to commence in 2023.

Theatre in the Mill will be piloting a festival on 10-12 March 2023 leading up to the theatre’s 50th anniversary and Bradford’s award as the UK’s City of Culture in 2025.