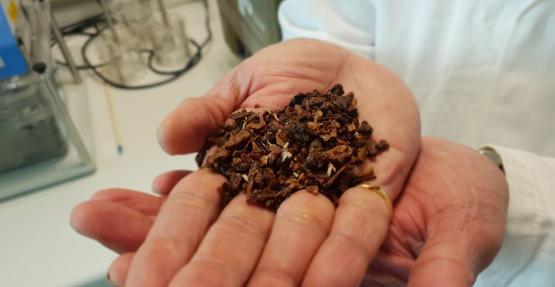 A remarkable material known as propolis - found in beehives - is the subject of a new two-year study by the University of Bradford and Whitby-based natural remedy company Nature’s Laboratory.

Propolis is a biscuity brown, crumbly substance used in the construction of hives but it has astonishing medicinal properties - it is antibacterial, anti-fungal and is useful for a number of maladies. Indeed, there is evidence to suggest it has been used for thousands of years both as a supplement and in mummification.

Professor Anant Paradkar (pictured) from the University’s Centre for Pharmaceutical Engineering Science, has worked with propolis for more than 30 years and has already helped bring a number of products to market which use the substance, including BGel, which is used to treat mouth ulcers (and is safe for children, unlike some other products).

He says that while it may well prove to be a wonder-cure and could even help in the fight against antibiotic immunity, it is virtually impossible to synthesise. In other words, if we want to use it, we need bees to make it. 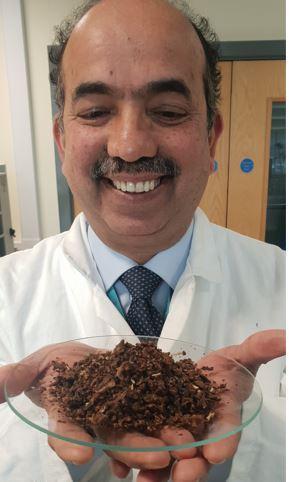 Prof Paradkar says: “Bees are the real pharmacists. They are the best formulators. They instinctively know when their hives are infected by bacteria or insects, and what pollen to gather in order to combat those threats.

“There is no one formula for propolis. There is significant regional variability in its composition of propolis, and this depends on a great many things, including the available fauna. So, propolis varies from region to region.”

But, he says, one thing is common - propolis is made of hundreds of chemicals, all of which are gathered by bees from plants, then processed through their enzymatic system and combined with wax.

He goes on: “It is not possible for us to make propolis, simply because it is made up of hundreds of different chemicals and it has many antioxidants and flavonoids. So, we will always need bees if we want to use it.”

The two-year study - funded by a £180,000 grant from Innovate UK - will explore ways in which propolis can be used to develop new health products - these could include food supplements and topical gels.

Prof Paradkar has already worked on a number of products, including turning propolis into a food supplement to be added to yogurts in 2008/9 for a Korean company, and developing B-Gel. Now he says there is a focus on using the material to overcome antibiotic resistance and to combat bacteria in general.

He says: “One of the challenges at the moment is finding ways to overcome the biofilm bacteria create when they group together. This is a thin membrane that protects them from things like drugs we might use to treat infections. If we can disrupt this biofilm, we can target the bacteria. Propolis can be used to do that.”