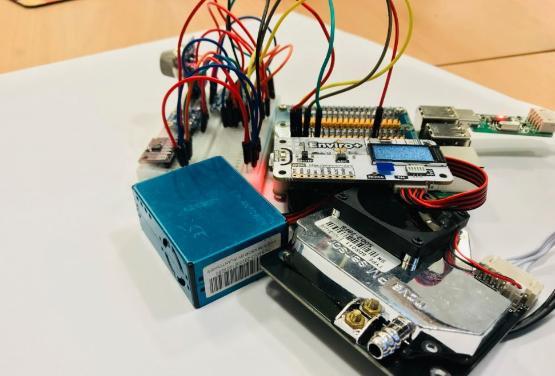 The University of Bradford’s involvement in a project to improve air quality in the city has been chosen as part of a national campaign on climate action by Universities UK.

Breathe Better Bradford is a council-run project which uses specialist air quality sensing equipment supplied by the University. It will now feature as one of 40 projects as part of the #MadeAtUni: Climate Action campaign, which launches today - UUK is the collective voice of UK universities, comprising more than 140 institutions.

The University has placed over 40 sensors around the city, taking readings every 15 minutes over a 12-month period. The data collected by the sensors will support city planners at Bradford Council who are deciding on the most effective actions to reduce air pollution. The data is also available for residents and schools to view live through an open platform.

Associate Professor Dhaval Thakker, from the Faculty of Engineering & Informatics, said: “This project will provide real-time data on which areas of Bradford have the lowest or highest air pollution, which in turn can help city planners look at what actions need to be taken to have the biggest impact. 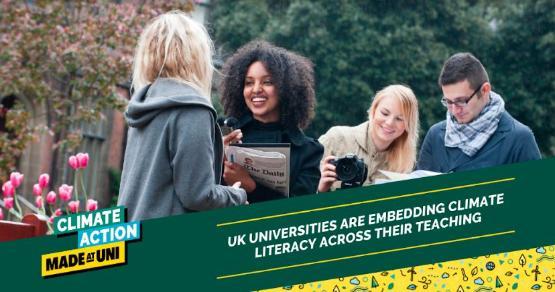 “We are unique in Bradford as we work with the council, residents and the Born in Bradford team to look at how this data then translates to health inequalities in different areas of the cities. This is a project that can make a real difference to the quality of life for Bradford residents and visitors.”

“In order to tackle poor air quality in Bradford, the council needed to know which areas had the highest levels of air pollution, so the University of Bradford stepped in with a system to collect real-time data on air quality across the city.

“The results will be used in analysis as the council implements the new Clean Air Zone – a measure which could make a real difference to the quality of life for Bradford residents and visitors.”

Differences in pollution levels can translate to huge health inequalities, and Bradford’s ‘Breathe Better’ project’ is a big step towards improving health outcomes for those suffering the worst impacts of air pollution.

The project is part of two EU funded projects – Smart Cities and Open Data REuse(SCORE) and LIFECritical in partnership with Bradford and eight other European city councils.

Sally Jones, from Bradford Council, said: “The Council has an air quality monitoring network but our technical equipment is not as user friendly as the sensors the University has been using for this project. These sensors are a great way of involving school children and residents, providing a useful addition to the evidence we have about how air pollution is affecting communities in Bradford.”