Drones, trains and automobiles - why we need to rethink transport in the digital age 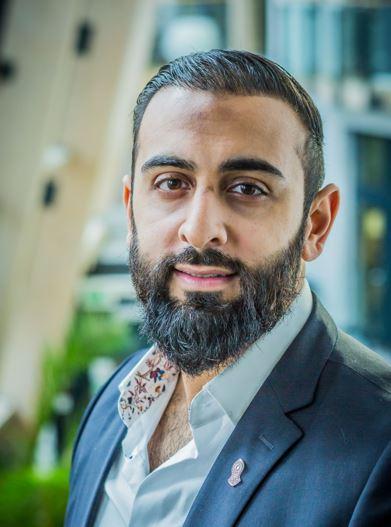 Why we need new solutions to fix boom in home deliveries

Dr Kamran Mahroof is an Assistant Professor in Supply Chain Analytics and programme leader for MSc Applied Artificial Intelligence and Data Analytics in the Faculty of Management, Law and Social Sciences at the University of Bradford. Here, he argues it’s time we embraced new tech in order to keep pace with a revolution in customer behaviour.

In many respects, the cars and trucks of today are like the horses and carts of yesteryear. We’re living in an age of convenience, which has been revolutionised by the internet, specifically by online shopping. Organisations are binging on algorithms, the more data they have about their customer base, the more accurately they can predict consumer behaviour, ensuring that they can offer exactly what customers need (and often don’t need). Moreover, of the world’s 7.8bn people, it is estimated a quarter of them shop online - and yet we’re using systems which were not designed for that.

Supply chain pressures are not unheard of, at this time of the year. However, putting aside external factors, such as Brexit, port delays, HGV driver shortages - the situation has been exacerbated even further by covid and us - in two ways. First, there is a general reluctance among many to visit shops and this has driven a lot of people, many of whom have never ordered anything online before, to shop for goods online. Secondly, there is the fact that last year, Christmas was effectively cancelled, and so people are perhaps looking to spend a little more this year, be that with gifts, foods and other stuff which ultimately needs delivering.

The problem is this has created a huge burden in terms of logistics. We’ve heard a lot of stories about delivery drivers being put under immense pressure, as they struggle to meet the rise in demand and make their deadlines.

In many ways, they are facing some of the same problems as the haulage industry. But there are things we can do to help in the short term, while the medium to longer term solutions need to be looked at urgently.

In the short term, firms can look at streamlining warehousing processes, perhaps by ensuring delivery vans are loaded for drivers, we can also look at things like better route optimisation, where collections and deliveries are done at once, and there is also the option of taking a ‘parcels as passengers’ approach with the railway network, which means making use of existing capacity on the network.

There has been talk of going both over and under the existing road network. If we go under it, that means building tunnels. If we go over it, we could look at the use of drones. That may sound like science fiction but 15 years ago, some of the tech we have today also sounded sci-fi.

If we return to our analogy of the horse and cart, and ask: what did we need to do to move from that to the car? We needed things like proper roads, traffic lights, a highway code, driving tests and so on. So, what would we need to do to move from the automobile to the drone? It would mean asking questions such as how and where they would be able to fly, what safety protocols we need and so on.

There has been a lot of focus on delivery drivers of late. Inevitably, as the number of deliveries increases, so does the number of incidents in which the service falls short. We’ve all heard reports of parcels being left on doorsteps or put in bins, and we also hear stories about drivers being under immense pressure to take on more deliveries with limited breaks in-between.

Part of the solution is going to be a little bit of flexibility on the part of the customer, for example, they may need to accept deliveries at different times, such as very early in the morning or late at night, or have their parcels dropped off at a local collection point – small steps which can go a long way in alleviating pressures for the courier sector.

Peak demand is nothing new but as we all focus on the period before Christmas, there is the reality that the post-Christmas period will be just as busy, not just with sales but a rise in the number of returns. At the moment, we are living in a world of online shopping and consumer behaviour which is served by a transport system that simply is struggling to keep up.

Drone pic: Photo by Visually Us from Pexels