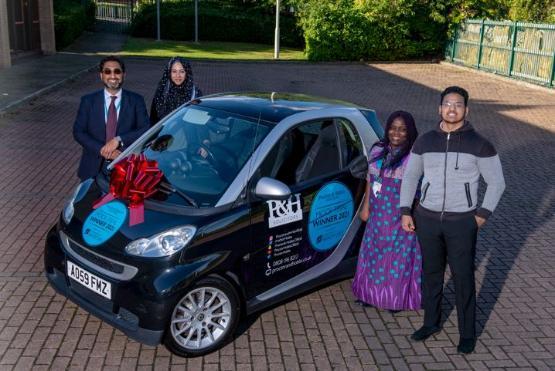 The 20-year-old had to prepare to be an advocate in a live-streamed mock trial, along with five other finalists - the winner was decided by a combination of votes from an expert panel and members of the public (with over 800 votes cast).

The smart car was presented at Proctor & Hobbs head office this week.

Shaikhul, who is passionate about law and would ultimately like to become a judge, said: “I want to say a big thank you to Proctor & Hobbs and the School of Law. I did not expect to win, but I tried my best, so I’m very grateful to everyone who voted for me.”

He added: “I haven’t driven the car yet as I’m not insured on it but I’m very much looking forward to doing so.”

Aneesa Ehsan, a partner at Proctor & Hobbs and a graduate of the School of Law, said: “We are pleased that the first of a series of collaborations with the University has been successful. We had a difficult decision to make as the calibre of the students applying was very high.

“Our core principle is ‘the people's firm’, and have always strived to create as many opportunities as possible, so as to assist the local economy and support local talent.

“Following the successful Mock Trial Challenge, we expect to continue this as an annual event between Proctor & Hobbs Solicitors and the University of Bradford and are excited for the future.” 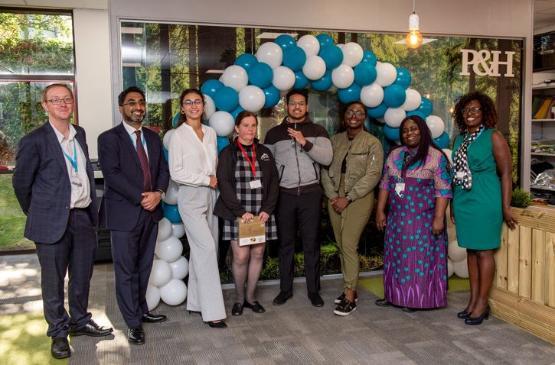 Engobo Emeseh, Head of the School of Law: “It’s an honour and privilege to be part of the first ever University of Bradford and Proctor & Hobbs mock trial competition. I want to thank Proctor & Hobbs for giving us this opportunity and for sponsoring the event.

“They are a firm rooted in the community who wanted to give something back. We have fantastic students at the University of Bradford and we wanted to showcase that - this was about providing a platform to show what they can do.”

She added: “We are committed to excellence, which takes commitment and believing in the students. At the University of Bradford, it doesn’t matter what background you come from or what your circumstances are, if you are given the right opportunities, you can become anything you want to be.”

The School of Law has been steadily climbing national rankings in recent years and is now 44th in the Guardian League Table. It has its own mock law court - the Lady Hale Court - and gives its students the chance to work on real cases through its Law Clinic.

Prof Amir Sharif, Dean of the Faculty of Management, Law & Social Sciences, said: “We were excited and supportive of this opportunity Proctor & Hobbs has given us. We are very happy to support local firms and the community. This has been a challenging year for staff and students, so well done to all those who took part.”

All the contestants put up a fierce fight and displayed strong advocacy skills. They all expressed their gratitude to both Proctor & Hobbs and the School of Law for the opportunity to take part in the competition which they felt was an invaluable learning experience and provided them with renewed vigour for their studies as they go into their final year.

The runners up in the competition were Babita Dhand, Wiktoria Lenkiewick, Katie Siobhan and Tamarakuro (Tkay) Agama, each received amazon vouchers worth £250 and chocolates.