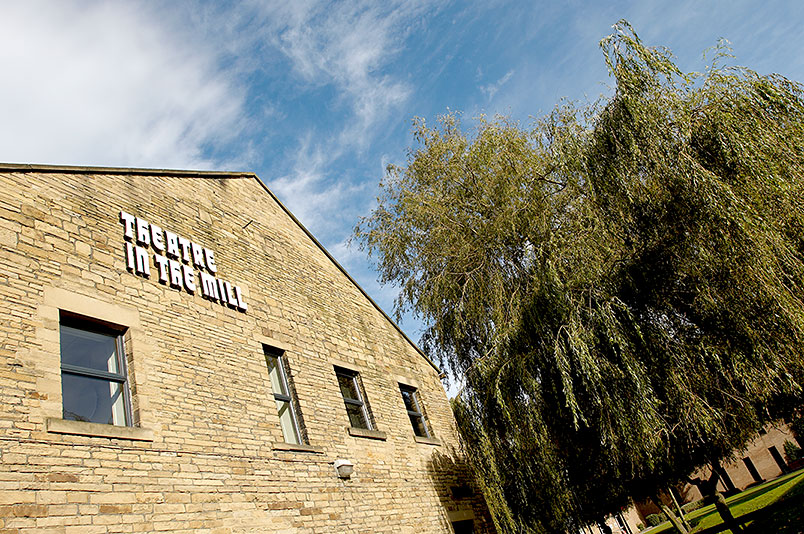 A consortium of Bradford organisations and artists has been awarded £1.5 million from Arts Council England for an innovative approach to empowering artists and audiences in the city.

The award will transform Bradford as a major producing city of live performance over the next three years.

The bid, submitted by Theatre in the Mill and the University of Bradford, will pilot an approach to producing live performance that embraces risk, champions diversity and puts audiences at the centre of decision-making. It continues a long-term aspiration for Bradford to leverage its thriving cultural scene into a blueprint for art-led cities of the future.

Rich Warburton, Artistic Director of Theatre in the Mill, said: “This grant is a culmination of an open and collaborative approach to arts that has been embraced over the past years. It mirrors a shared belief that Bradford is on the cusp of an incredibly exciting decade of cultural activity in this city that will demonstrate the benefits of transparency, risk taking, empathy and openness to create a cultural landscape.”

The successful Bradford Producing Hub bid was developed by a consortium of publicly-funded and independent arts organisations passionate about growing culture, creativity and diversity in the heart of the city. This consortium includes Theatre in the Mill, Mind the Gap, Kala Sangam, 154 Collective, Common Wealth and Displace Yourself.

The Producing Hub is a three-year project testing radical new approaches to producing work, supporting talent, developing a local arts workforce, and partnering with communities across Bradford to reimagine the city as a thriving hub for performance. The project seeks to develop a comprehensive approach to retaining creative talent here in Bradford and enabling artists to create their best work today.

The first year of activity will be about consulting with everyone in the city to shape the direction of the Hub, and will include a detailed cultural mapping process of Bradford’s live performance makers and organisations. This means that all activity will respond directly to the needs of the city and its huge creative potential, providing structured support for artists at every stage of their career and pathways into the creative industries for the next generation of upcoming talent.

The Hub is about audiences as much as artists, who will see Bradford transformed with more new work and live performance than ever before.  Over the three years, in the region of 60,000 people, will experience the best in live performance, from a range art forms, happening all over their city.

This project will create a lasting legacy of artistic excellence in the city, with resource and infrastructure for live performance to be established and maintained for the future. The Hub will act as a catalyst for those creating live performance in Bradford to demonstrate t collectively the value of the arts to the local economy and be part of the important conversations in the city around community, migration, place making and tourism. The project will also shift public engagement in the arts, creating the conditions for everyone to experience quality performance that resonates with them.

Evie Manning, Co-Artistic Director of Common Wealth, said: “Bradford is a city that over the years, despite limited formal arts infrastructure, has created so much brilliant work in a very grassroots way.  The Producing Hub will allow us to connect things up, grow in strength and produce lots of art and theatre that reflects the city and its people in a way that is self-authored. The Producing Hub will encourage artists at all stages in their careers to experiment, express themselves and help build a narrative of Bradford that is proud of what makes us unique - as a city that has always been radical and is a home to people with lots of experience and lots of stories to tell.”

Bradford Producing Hub will be launching in September 2019; if you would like to get in touch with the consortium before then, please contact Rich Warburton at the University of Bradford r.warburton@bradford.ac.uk