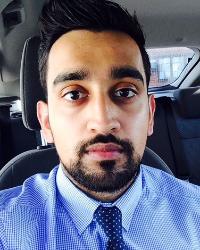 Atif began his pharmacy journey in 2009, at the University of Bradford on the MPharm sandwich course. For his pre-registration placements, Atif completed 6 months with The Rotherham NHS Foundation Trust and Medicare Chemists in Huddersfield, and later registered as a pharmacist in 2014. Atif began his career as a pharmacist working as a community pharmacy locum and volunteered as a teaching assistant at The University of Bradford. After being registered for 7-months, Atif secured a position with Medicare Chemists as a Pre-registration Coordinator; at 11 months post registration Atif began to work in General Practice with Prescribing Support Services Ltd. Over the past few years Atifs role as a General Practice pharmacist and Pre-registration Coordinator has developed. Duties as a General Practice Pharmacist currently include carrying out medication reviews, assessing patients with minor illnesses, and being involved in various other general practice activities; he registered as an independent prescriber in September 2017. His duties as a pre-registration coordinator involve helping pre-registration students prepare for their registration assessment through study days and mentoring them through the pre-registration year. Atif secured a role as a Clinical Teacher at the University of Bradford in November 2016 and since then has been involved in providing practice experience to a range of classes, conducting primary care interprofessional learning placements and assisting with assessments.