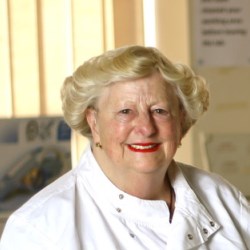 In the 1970s, she became the first female scientist to work at ICI, as Head of Mutagenesis Studies in their Central Toxicology Laboratory

Her pioneering research focuses on a single test for early cancer detection.

Professor Anderson has also carried out ground-breaking research into genome stability in the umbilical cord blood, which led to a major discovery showing how damaged DNA from the father smoking can pass to the child and subsequent advice that men should not smoke for three months prior to conception.

She has given talks around the world and supervised the training of scientists from countries including Australia, America, India, Iran, Poland, Serbia and Turkey, and established new research laboratories in India and Korea with the support of the British Council and the United Nations International Development Organisation.

In 2022, she was awarded an MBE for services to Genetic and Reproductive Toxicology.