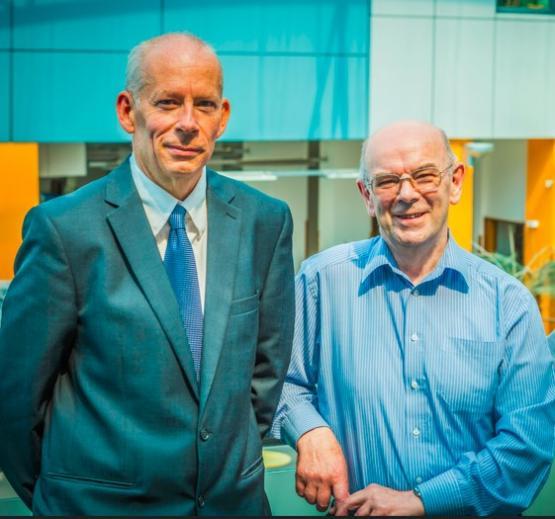 Leading biological and chemical weapons experts have warned that the two international bodies responsible for preventing development of toxin and bioregulator weapons, risk failing in their responsibilities.

Dr Michael Crowley and Emeritus Professor Malcolm Dando, from the University of Bradford, both of whom are specialists in their field, said urgent action was needed to prevent the ‘weaponisation’ of toxin and bioregulator research.

Their concerns are outlined in a new book, Toxin and bioregulator weapons: preventing the misuse of the chemical and life sciences, published by Palgrave MacMillan on November 28.

Prof Dando, a life scientist with a PhD in neuroscience, said: “Concerns about toxin and bioregulator weapons and their delivery are not new, but what is new now are the scientific and technological advances opening up more and more possibilities of designing agents to target specific elements of the critical physiological systems - such as the nervous system - of living organisms.

“The chemical and life sciences are dual use, potentially having both beneficial or malign applications. In many countries the intent behind certain defence-funded research on toxins, bioregulators and other mid-spectrum agents is unclear. From the limited information available, we have found disturbing activities in a number of countries that raise dual-use concerns.” 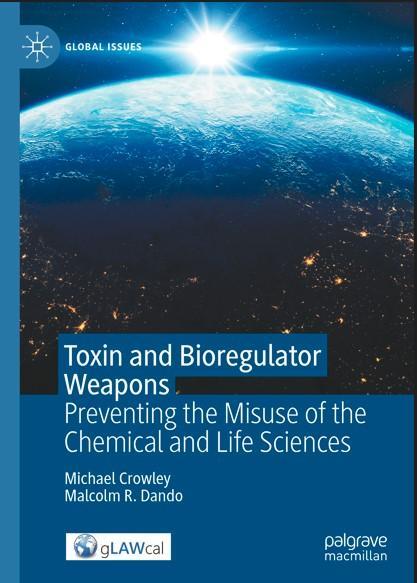 Concerns include reports of Indian defence scientists researching toxins extracted from Himalayan stinging and poisonous plants that could, in their own words, be “exploited for the development of novel multisystem targeted agents for self-defense”.

China’s Brain Research Project, funded in part by the military, reportedly includes work on bioregulators and bioregulatory pathways that, though purportedly benign, could be misused to facilitate development of weapons attacking, influencing or subverting human cognition, feelings and actions.

Russian Soviet era scientists sought to develop ‘incapacitating’ weapons employing toxic chemicals of biological origin and their synthetic analogues to attack the central nervous system (CNS). Doubts remain whether such work ended. In 2002,  Russian security forces used a pharmaceutical chemical CNS weapon to end a terrorist siege tragically causing the deaths of over 120 hostages. China has also developed an ‘incapacitating’ CNS weapon intended to target individuals, which has previously been documented in the possession of the Chinese military. 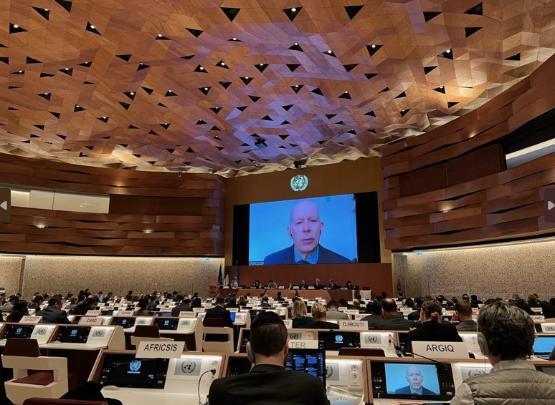 Above: Dr Michael Crowley addressing the conference in Geneva

Toxins and bioregulators are (in theory) covered by two distinct international arms control and disarmament treaties - the Biological and Toxin Weapons Convention (BTWC), which bans the weaponisation of disease, and the Chemical Weapons Convention (CWC), which bans the weaponisation of toxic chemicals. Both were intended to be comprehensive in the substances encompassed and responsive to technological change.

Dr Crowley, a ‘less lethal’ weapons expert, said: “Both the BTWC and CWC prohibit weaponisation of naturally occurring and synthetic toxins and bioregulators. However, in reality, because of longstanding limitations in the treaties’ texts and patchy State implementation, the apparent overlapping protection masks a dangerous regulatory gap that risks both control regimes failing to effectively prevent development and use of toxin or bioregulator weapons.”

Toxin and bioregulator weapons examines how revolutionary developments and convergence of the chemical, life and associated sciences and disciplines, such as neuroscience, impact upon contemporary toxin and bioregulator research. The authors warn that whilst bringing important medical and other societal benefits, there are significant, multifaceted dangers of their malign application.

The authors provide “real world” examples of activities of concern through six illustrative country case studies from China, India, Iran, Russia, Syria and the United States. Among the areas highlighted are:

The new book contains comprehensive recommendations to stimulate and facilitate action by the international governmental community and also practising chemical and life scientists, to ensure that the rapid scientific and technological advances are safeguarded from hostile use and are instead employed for the benefit of all.

Dr Crowley said: “Both meetings are significant opportunities for concerted global action to prevent toxin and bioregulator weapons development and use. We call on both the BTWC and CWC States Parties to address the risks from inadequately regulated toxin and bioregulator research and grasp the opportunity to work together to collectively ensure this regulatory gap is closed.”