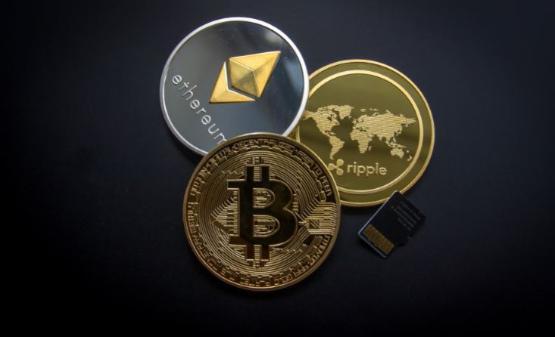 As a tech enthusiast, Professor of Technology Management and Circular Economy at the University of Bradford, Sankar Sivarajah, pays more than a passing interest to fluctuations in the crypto-currency market.

Those currencies - Bitcoin, Etherium, Dogecoin and others - are all based on ‘blockchain technology’ and have made headlines in recent weeks, thanks in part to massive fluctuations in their values caused by crackdowns in China, blackouts in Iran and tweets from the likes of US billionaire Elon Musk.

Note: for anyone who needs an explanation of what blockchain is or what Bitcoin ‘mining’ is, see the (hopefully simple) notes at the end of this article.

Prof Sankar, who is also head of the School of Management, says recent concerns over the environmental cost of mining cryptocurrencies will ultimately force the sector to change.

“There are legitimate concerns about the amount of electricity it takes to ‘mine’ cryptocurrencies such as Bitcoin. Everyone is going into green investments. So, this is about how consumers and stakeholders react to that and there are huge parallels we can draw on. There is going to be increasing scrutiny of how coins are farmed. I think what you are seeing now and will see in the future is those currencies which do have green credentials will gain more interest.”

Prof Sivarajah also points to the huge carbon footprint of traditional economies. He says: “You could argue that if we are looking at the effects of crypto on the environment, we also need to look at the traditional economy, which also has a huge carbon footprint in terms of highly paid bankers, office space, cars and so on and that’s a debate some are having; but it does not detract from the obvious impact of things like mining Bitcoin.”

He also feels the whole cryptocurrency investment space is a dangerous place for consumers and believes that ultimately, that aspect of blockchain will be regulated.

“There’s no doubt about it, for anyone investing in cryptocurrency, it’s very dangerous. It’s a complete gamble with high risks. Even traditional stocks and shares are difficult to predict but with crypto, the fluctuations are so fast and so massive that it's difficult for anyone to see how it has any intrinsic value. One minute you can be a millionaire and the next day, have nothing. I think ultimately that area will need to be regulated.”

One aspect of the new technology he believes has the capacity to transform the world for the better is blockchain’s intrinsic capacity to encrypt data. Indeed, he and his colleagues are already working on a research project in partnership with Qatar University funded by Qatar National Research Fund (QNRF) to look at a roadmap and develop use cases, governance and policies models for implementing blockchain technology in the banking and financial services. The expected outcome of the project will be to offer these services a frame of reference and guidance on the implementation, diffusion and use of blockchain technology in the sector.

“Things like smart contracts, identity management and supply chain traceability are real-world uses for this kind of technology. If you want a secure network, then you need that immutable record and the encryption technology at the moment is very strong. It can be used to create a secure network to keep healthcare records, government contracts or even trace ethically caught tuna. So, the traceability aspects of this is huge and could potentially be applied to a whole range of products and services.”

Last week, when China announced it was cracking down on Bitcoin mining, it caused a 'flash crash' which wiped $600bn off the value of the crypto market.

Prof Sivarajah says one of the main reasons for China’s recent aversion to Bitcoin comes down to one thing: control.

“The whole concept behind blockchain technology is that it is decentralised. In other words, no single person or company or government can control it. When it comes to cryptocurrencies and the warning from China - which is also the world’s biggest miner of Bitcoins - that’s about one thing: control.”

Ripple in the dock

In the US, a case brought by the Securities & Exchange Commission (SEC) against Ripple Labs, which has its own cryptocurrency called XRP, has divided opinion and could even set a precedent for the industry as a whole.

The SEC is arguing that XRP is an unregistered asset but this is contested by Ripple and the case is ongoing.

Prof Sivarajah believes consumers will ultimately seek out products which have a real-world impact: “Ripple in itself is a payment authentication system. My view is more people are looking at how the tech can be used and applied to business models, XRP are looking at payment solutions rather than basing everything on a digital currency.”

Prof Sivarajah says: “An easy way to think about blockchain is that it is a series of ‘blocks’ of information, copies of which are kept in lots of different places. It’s a bit like having a database full of information, except instead of just you having a copy of that, all the computers on the entire network also have a copy. What this means is, it’s impossible to change things. Another analogy would be sending a WhatsApp message to a group. When you send the message, you have the original copy but all the other members of that group also have that message and you cannot then go back and change your original message.”

What is Bitcoin ‘mining’

Bitcoin mining is the term used to explain how transactions made on the Bitcoin ‘blockchain’ are validated. In order to validate these transactions, ‘miners’ use powerful computers to effectively solve a very complicated algorithmic puzzle and it is this which consumes vast amounts of electricity. It has been estimated for example that Bitcoin mining currently requires the same amount of electricity per year as the whole of Portugal (57.09 billion kWh), whereas tokens like XRP use just 474,000 kWh and aims to be carbon neutral by 2030, the first company in the blockchain industry to do so.

Photo by Worldspectrum from Pexels