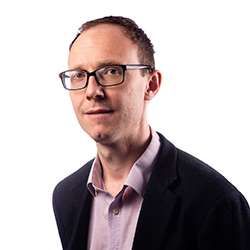 Research Areas In collaboration with Dr Richard Bowen. Our research is centred on synthetic organic chemistry and mass spectrometry. We enjoy coming up with new ways of making important molecules, and synthesising molecules that are of use in the application of organic chemistry to related sciences. A selection of our current projects are given below. In the School of Chemistry and Biosciences at Bradford we have a strong tradition of getting our undergraduates in to the laboratory and getting them involved in our research. Undergraduate contributions to the projects below are marked with an asterisk. Synthesis and analysis of biomarkers of archaeological importance With: Rhea Brettell1, Chloe Townley2*, Richard Gallagher3, Carl Heron1, and Ben Stern1. 1 - School of Archaeological and Forensic Sciences, 2 - School of Chemistry and Biosciences, 3 - AstraZeneca Support from: AHRS, BMSS, AstraZeneca Compounds derived from plants can act as useful biomarkers in the archaeological record. For example, resins are known to have been used as part of mortuary rites in the Roman period, and their detection can allow the botanical and geographical source of these highly valued aromatic substances to be elucidated. This has enabled the extent of ancient trade networks and cultural influences to be evaluated. Two such compounds are the isomeric triterpenoids oleanolic acid (1) and ursolic acid (3), both of which can be found in nature as either their 3¿ (2 and 4) or 3ß-epimers. Synthesis and Analysis L¿eft: Artists impression of the Eagle Hotel focal burial, Winchester © Winchester Museums; right: The compounds of interest. Our colleagues in the School of Archaeological and Forensic Sciences required analytical standards in order to determine the GCMS retention time of these closely related compounds. The synthesis of both epi-isomers of oleanolic and ursolic acid in our laboratory allowed this objective to be achieved, and permitted these compounds to be unambiguously identified. The mass spectrometry of these, and closely related, compounds has also been studied. We have found that Atmospheric Pressure Chemical Ionisation Mass Spectrometry allows for the stereochemistry at the C-3 alcohol to be accurately determined. This technique will allow these compounds to be identified without having to rely on analytical standards. For further information see: Chloe Townley, Rhea C. Brettell, Richard D. Bowen, Richard T. Gallagher, and William H. C. Martin, European Journal of Mass Spectrometry, in press. Chemistry in a mass spectrometer Skatole With: Amie Saidykhan1, Stephen Ayrton1*, and Richard Gallagher2. 1 - School of Chemistry and Biosciences, 2 - AstraZeneca Support from: BMSS, AstraZeneca ¿Mass spectrometry is a fundamental technique for detecting and analysing organic molecules. Recently, it has been realised that chemical reactions can take place under the conditions found in certain mass spectrometry instruments. We became interested in this area when we attempted to analyse indoles such as skatole, 5. The acid catalysed dimerisation of indole is a well-known reaction, but the dimerisation we see in the APCI instrument corresponds to an oxidative process, which is normally radically initiated. Mass Spec We have deduced that the chemistry is occurring in the nebuliser of the instrument, where small droplets of the effluent from the chromatography column containing the analyte are formed. Nebulisers are familiar in devices such an asthma inhaler, for example. The photo to the left shows an experiment where the analyte was passed through the isolated nebuliser and the spray was then collected and analysed. The reaction is seen in several related indole compounds; it occurs in high conversion under very mild conditions. Current work is aimed at determining the exact mechanism of the reaction, and gauging its synthetic utility. For further information see: Amie Saidykhan, Stephen T. Ayrton, Richard T. Gallagher, William H. C.Research Collaborations Dr Richard Gallagher, Associate Principle Scientist at AstraZeneca