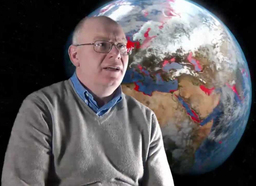 Professor Vincent Gaffney is Anniversary Chair in Landscape Archaeology at the Department of Archaeological Sciences at the University of Bradford.  Current research projects include the ERC-funded Advanced Grant project - "Lost Frontiers: exploring climate change, settlement and colonisation of the submerged landscapes of the North Sea basin using ancient DNA, seismic mapping and complex systems modelling".  He is also part of the LBI_ArchPro “Stonehenge Hidden Landscapes” Project where he leads the UK team creating 3D and virtual imaging of the landscape from an extensive programme of geophysical survey of the largely unmapped landscape.  During 2016 he was part of the "Curious Travellers" team which received AHRC funding to crowd-source images for reconstruction of damaged cultural sites

Previous research projects include analysis of the Mesolithic pit alignment at Warren Field Crathes, agent-based model of the battle of Manzikert (1071) in Anatolia and Co-PI on the EPSRC Gravity Gradient Project providing imaging for novel gravity sensor development.  Other fieldwork has included a major project investigating Roman Wroxeter, survey of Diocletian’s Mausoleum in Split, the wetland landscape of the river Cetina (Croatia), fieldwork in Italy centred on the Roman town at Forum Novum, historic landscape characterisation at Fort Hood (Texas) and internet mapping of the Mundo Maya region.  Professor Gaffney has wider interests in knowledge exchange and co-PI’d the ERDF/AWM-funded Visual and Imaging Network for the West Midlands industrial region.

Professor Gaffney has received national and international awards for his work including the 2013 European Archaeological Heritage Prize awarded by the European Association of Archaeologists and the  Queen's Anniversary Prize for Higher Education.  His work on inundated marine landscapes received the 2007 award for Heritage Presentation at the British Association for the Advancement of Science. His book “Europe’s Lost World” was awarded the “Best Publication” prize at the British Archaeological Awards in 2010. In 2017 his work at Durrington Walls received "Best Research Project" prize, whilst in 2018 he was awarded an MBE in the Queen's Birthday Awards for services to scientific research