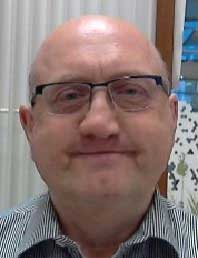 Dr. Picksleyobtained his Biological Sciences degree from the University of Leicester. He studied for his PhD in Genetics at the University of Nottingham, where he identified and characterized the recN gene of Escherichia coli, and it’s involvement in inducible DNA repair and recombination. He then studied the enzymology of DNA recombination and repair in Saccharomyces cerevisiae as a Post-doctoral Fellow with CRUK-Clare Hall, Potters Bar, before moving to the University of Dundee, to work on the human p53 tumour suppressor with Sir David Lane. At the University of Dundee, he investigated and characterized the interaction between p53 protein and its auto-regulatory protein MDM2. This work led to the identification p53-MDM2 interaction as a therapeutic target, and the filing of several patents. At Bradford, Dr Picksley teaches Biochemistry, Cancer Biology, Immunology, Medical Genetics and Molecular Biology for undergraduates at level 1 to 3 and also at M-level. He has developed and obtained approval for several courses (MSc Biomedical Sciences, MSc Part-time Biomedical Sciences, MSc Cancer Pharmacology, and a New Route PhD in Biotechnology & Drug Analysis).