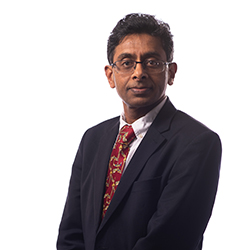 Dr Anand is a specialist in environmental economics and public policy with a focus on the interface of urban economy, environment and sustainability. Dr Anand has held various leadership positions including as the Head of Centre for International Development at Bradford (2010-2015). Currently he is the PI of a three year British Academy funded project on infrastructure governance for inclusive, smart and sustainable cities (jointly with Prof Rajan of IIT Madras, India). He was the team leader and principal author of the Mongolia National Human Development Report 2011 titled From vulnerability to sustainability for UNDP. Previously, he had co-organised and led two international workshops at Cambridge (2006 and 2009) and a major international conference at Bradford (2011). He served as elected member of the Senate (2007-2010 and 2013-18) and elected member of senate on the University Council (2015-18). He is a council member of the Development Studies Association and a Fellow of the Human Development and Capability Association.

Winner of Vice Chancellor's Award for Excellence in Teaching- July 2017

Winner of the Chancellor's Award for Distinguished Teaching, July 2001

Fellow of the Higher Education Academy.