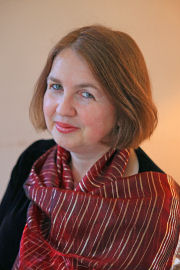 My undergraduate degree was in Modern Languages (French and German) at the University of Oxford. I subsequently did Women's Studies at the University of Massachusetts on a Rotary Foundation Graduate Scholarship, and that got me interested in the US-sponsored civil wars in Central America. I travelled to Nicaragua and spend a year teaching English at the National Autonomous University of Nicaragua in León. I got involved in campaigning on human right issues in the region, and worked for a student-based social justice organization Third World First (now People and Planet). I returned to the University of Oxford to do an MPhil in Latin American Studies and a doctorate in politics, focussed on the relationship between women's representation, political parties, women's movements and public policy in Brazil and Chile. The week after my doctorate was submitted I joined the International Secretariat of Amnesty International as their Brazil researcher. That led me to a deeper interest in the criminal justice system, as well as human rights, in particular prison conditions. From 2000-2005 I had a joint appointment, at the Institute of Latin American Studies, at the University of London, lecturing on gender and development in Latin America, and as Researcher at the Centre for Brazilian Studies at the University of Oxford, coordinating the human rights programme there, supported by the Ford Foundation. I joined the University of Bradford Peace Studies department in 2005.