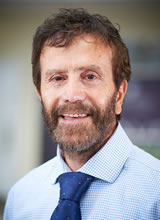 Professor Demetres Drakoulis Kouvatsos is the Head of Networks and Performance Engineering (NetPEn) Research Group, School of Electrical Engineering and Computer Science, University of Bradford. As a principal investigator (PI), he pioneered new and cost-effective analytic methodologies, based on queueing theoretic concepts and the principles of maximum entropy and minimum relative entropy, for the approximate analysis of arbitrary queueing network models (QNMs) and their applications into the performance evaluation and engineering of computer networks. These works were progressively supported by a series of EPSRC Engineering and Physical Sciences Research Council (EPSRC) research grants, including GR/D/12422 (1984-1987), GR/D/12422 (1989-1992), GR/H/18609 (1992-1995) and GR/K/67809 (1995-1998). He was the PI of EU IST funded projects, such as i) IASON (2002-2004) concerning with the design and development of a Generic Performance Evaluation Platform for Services Interoperability and Networks and ii) VITAL (2006-2008) dealing with the creation of new Mobility Management and Quality-of-Service (QoS) Mechanisms for Convergent IP Multimedia Services (IMS) over Next Generation Networks. These works involved the collaboration of EU academic and industrial organisations, such as Alcatel SA and Vodafone (Germany), Telefonica (Spain), Telecom Austria and TELETEL SA (Greece). He also acted as a PI of the University of Bradford for two major EU Networks of Excellence (NoEs) Consortia involving a total of 57 EU Research Groups, namely Euro-NGI and Euro-FGI, focusing on the design and engineering of the next and future generation Internets, respectively - towards the convergent multi-service heterogeneous networks (2003-2008). Prof Kouvatsos has been the author or co-author of many papers in the field of Networks and Performance Engineering. Moreover, he developed in collaboration with members of the NetPEn Research Group, traffic generation tools and analytic algorithms for the performance analysis of complex QNMs, which contributed towards the initial setting up and progressive enhancement of TELETEL SA (Athens, Greece) very successful range of products known as the iSAFT platform. This platform is a fully integrated Protocol Testing and Validation System (PVS) that has been applicable to date to an extended range of telecommunication networks, including those with Satellite Channel (S/C) and Satellite on-board communication protocols in avionics and space domains. Prof Kouvatsos served as the Chair of seven (7) International Federation of Information Processing (IFIP) Conferences (c.f., ATM & IP 1993-1998, 2000) and four (4) NoE Euro-NGI Conferences (c.f., HET-NETs 2003-06) focusing on the Performance Modelling and Evaluation of ATM & IP Networks and Heterogeneous Networks, respectively. He was is also the Chair of the more recent HET-NETs 2013 Conference that was staged under the auspices of IFIP on the Performance and Security Modelling and Evaluation of Cooperative Heterogeneous Networks http://riverpublishers.com/book details.php?book id=234 (Ilkley, UK, 11-13 Nov 2013). Moreover, in association with HET-NETs 2006 and 2013 international conferences, he directed, respectively, the first two EU PhD Courses PERFORM-QNMs 2006 on Performance Engineering and QNMs and NET-PEN 2013 on Networks and Performance Engineering, which were attended by many PhD research students from all over the globe. Prof Kouvatsos is the Editor of many special issues of international journals and research books, such the Performance Networks Handbook by Springer 2011. He is also a Recipient of the IFIP Silver Cross Award (1997). Moreover, he is an appointed/invited member of several international academic bodies of experts including Research Assessment Exercise (RAE) Panel for Research in Telecommunication Networks of Romanian Universities (2011), IFIP Working Groups WG 6.2 and WG 6.3 on the Performance Evaluation of Computer Systems and Communication Networks, respectively and the International Assessment Committee for the Quality Assurance Exercise in Teaching and Research of the Telecom School of the University of Samos, Greece (Dec. 2013).