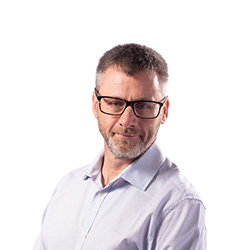 I initially trained as as an engineer, then following an experience volunteering in Houston Tx USA, I developed an interested in a role in helping others. I commenced nurse training in Bradford in Dec 1989. Initially following a surgical nurse career pathway, then eight years in intensive (critical) care in: Bradford (general), Leeds (cardiac/neuro), and Sydney, Oz (general). In 2000 I became a Professional Development nurse in Leeds, then as a Ward Based Teacher for medical students on placement in Leeds Hospitals. In this role I developed skills in advanced clinical assessment, how to differentiate a diagnosis and the underpinning clinical decision making. In 2005 I took a post at Leeds Metropolitan University as a Lecturer, centered around the education of senior nurses training to undertake advanced practice skills to case manage and support people with long term conditions. I developed a deeper interest in pre-registration nurse training and in 2013 returned to Bradford as a nurse Lecturer. I became the programme leader for Pre-Registration nursing degree in 2016. My focus is protecting the integrity of my nursing profession. In my own time I am a keen sportive cyclist and mid distance runner. In April 2017 I completed both Tour of Yorkshire and Ronde van Vlaanderen (Tour of Flanders).