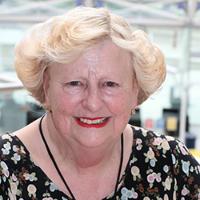 Professor Diana Anderson currently holds the Established Chair of Biomedical Sciences at the University of Bradford, UK. She obtained her first degree in the University of Wales and second degrees in the Faculty of Medicine, University of Manchester. After tutoring at the University of Sydney, Australia, she became a research worker in the Department of Cancer Studies at the University of Leeds and at the Paterson Laboratories, Christie Hospital, Manchester. In 1974, she was appointed as Head of Mutagenesis Studies at ICI’s Central Toxicology Laboratory. Professor Anderson joined BIBRA International in 1981 as Head of Genetic and Reproductive Toxicology and became Assistant Director and Group Forum Co-ordinator in 1987. In 1992, she became Senior Associate and Co-ordinator of External Affairs at BIBRA. She has served on the editorial board of 8 international journals plus 2 on line journals, has over 540 publications, has edited/authored 11 books and guest-edited 9 special issues of 4 international journals. She was a Series Editor of books in ‘Current Toxicology’ for John Wiley and Sons and is currently Editor–in-Chief for the Book Series ‘Issues in Toxicology’ for the Royal Society of Chemistry. She is an active Committee member and has been Vice-President of the Institute of Biology. She has successfully supervised 37 post-graduates [33 PhD, 2 MPhil and 2 MSc (Res) students] and is currently supervising 4 other PhDs and has managed several post–doc positions. She has been external examiner for 29 PhDs and was External Examiner for the Dept. of Genetics, University of Wales, Swansea. She has been invited to speak at many international meetings and chair many symposia. She has helped establish new research laboratories in India and Korea under the auspices of the British Council and UNIDO. Funded by various international agencies, scientists from America, Australia, the Czech Republic, Italy, India, Iran, Korea, Poland, Serbia, Spain and Turkey have received training under her supervision. She has organised both national and international meetings and is/was a member of various national (e.g. MRC Advisory Board, Veterinary Products Committee) and was of international committees, including the Chairman of the Scientific Committee of the Foundation of International Association of Environmental Mutagen Societies and the European Union Scientific Committee for Animal Nutrition (SCAN). She has hosted and participated in 56 meetings for WHO/IPCS. In 2011, she won a prize as an Enterprise Fellow from Yorkshire Forward. In 2015, she won the Vice Chancellor’s award at the University of Bradford for Outstanding Achievement.