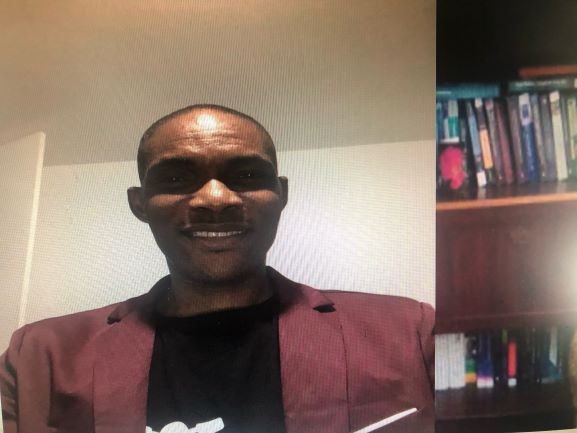 Brian is an Associate Professor of Law at the School of Law, Faculty of Management, Law & Social Sciences (FOMLSS) Bradford University.

He is an international interdisciplinary scholar, with degrees in Law, Politics/IR, Business, & Int. Development; he is also a Barrister at the Supreme Court of Nigeria. Brian obtained a PhD from the Research Institute of Law, Politics, & Justice (RILPJ), Keele University UK, where he was a Dandelion Scholar. Brian has over eighteen (18) years’ teaching experience as an academic in the HE in the UK and overseas and recognised as a SFHEA. Before joining Bradford, he has been an Assistant Professor of Law and Senior Lecturer in Law at the Coventry Law School, Coventry University, where he served as the joint Director of Postgraduate Law Programme (2018-20) and a member of the CTPSR. Among others, he was formerly a Principal Lecturer in Law in BITE's University Centre Collaborative programmes (Staffordshire & London Metropolitan Universities) where he served as PG Law Programme Leader, Subject Lead Law & Business, & Deputy Head of Research. He visited as an Associate Professor of Law (Senior Lecturer) to the Madonna University Nigeria (2012), where he served as an interim Head of Department of International Law and was appointed a visiting Professor of Law to the European University College of Business (EUCB), Poznan (2016). Externally: Brian is an Expert Consultant with United Nations – UNESCO Inclusive Policy Lab; he coordinates the Sustainable Human Development Thematic Group of the Human Development & Capability Association (HDCA). He is a member of the Editorial Board of the International Journal of Law & Society; he reviews with the UK Research Funding Bodies such as AHRC & RCUK and a member of the UK Research & Innovation (UKRI) Global Leaders Fellowship Peer Review College. Brian has record of successful funding bids (e.g., the Dandelion Trust award and Emirate funding). He is a regular reviewer of academic journals in both Law & Social Science fields, for example: JSALJ, LDR, TWQ, JIRD, ASQ.

-  The second aspect of his research that is on Politics and International Relations of Development covers wide-ranging thematic areas (politics/IR of developing countries; linkage between poverty, conflict & development; north-south political & economic relations; conflict, security, & development; reconciliation, peace-building, & transnational justice; IR & diplomacy; political corruption; political governance, and IPE/international development issues such as poverty, crime, inequality, insecurity, conflict etc.). The thrust of my research in this broad-field is consideration of clear wide-gaps between a more developed and prosperous global north, as opposed to miserable realities of violent conflict, crime and chronic poverty experienced by a significant proportion of the world's population in the global south. These gaps and inequality, which not only reflect failures – of understanding, conflicts of interest, resource constraints and poor implementation, but also of the aggravation of the level of poverty and well-being within the people in poor countries.  This has had spill-over effects on the international system, in the form of an increase in conflicts and terrorism, thereby resulting in problems with achieving global peace and security. The research addresses these global problems; it uses international relations, political economy, and international development theories, from human development and human security theoretical perspectives and, adopts comparative and empirical case studies within the framework of politics of international development.