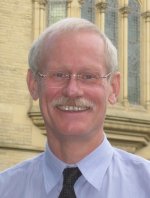 Jean-Marc is Jean Monnet Professor and lead partner of the Jean Monnet Network ‘The EU, Africa and China in the Global Age’ (EU-EAC), as well as a participant in the Jean Monnet Network ‘The EU, Africa and Mediterranean Integration in the Global Age’ (AMENET).  He holds a Jean Monnet Chair in European Economic Integration and European Business Management from the European Commission. He studied at the Sorbonne University in Paris, where he specialised in the Economics of German-speaking Countries. His research in the field of European public policy, with emphasis on economic, industrial, competition and trade policies, is complemented by a comparative focus on the relationship of governments (in particular France, Germany and the UK) with industry and markets in the background of different varieties of capitalism co-existing within Europe. He is the author or co-author of 38 academic articles in international journals including West European Politics, German Politics and Society, La Documentation française Problèmes économiques, Modern & Contemporary France, Dokumente, Frankreich Jahrbuch, and Environment and Planning C: Government and Policy. He has co-edited 1 book and contributed 24 chapters to collective volumes. In addition, he has written policy contributions to EU Commission Jean Monnet calls, contributions to practitioner journals, blogposts, and has paid other contributions for the press, broadcasting, and leading international fora for debate like The Global Observatory and Strife. Recent publications and current projects include Franco-German economic and industrial cooperation in Europe, Franco-German cooperation in the Eurozone crisis, reciprocity in public procurement markets, EU industrial policy, business interest representation in the EU, and more recently, on regional economic integration in the EU’s Southern neighbourhood. He has carried out research with a number of research institutions such as the Franco-German Institute (Ludwigsburg), the French Institute of Foreign Relations (IFRI Paris-Brussels), the German Council on Foreign Relations (DGAP Berlin), the BMW Center at Georgetown University (Washington DC). Jean-Marc has given more than 80 invited talks and keynote speeches in 25 countries. He frequently contributes to roundtable debates on current European affairs at various events, in guest lectures, and in the media. Geographic areas of interest include: the European Union, Germany, France, The Netherlands, Sub-Saharan Africa, and more specifically the East African Community.

The management of government-industry relations within the EU.

Varieties of capitalism in Europe.

Business interest representation in the EU.

Regional and continental integration in Africa.

Business representation to the EU.

The Africa policies of France, Germany, and Europe.