Returning to University as an adult learner

Melanie made the decision to return to university 27 years after graduating from her undergraduate degree. In this blog, she shares her reasons for starting a Master’s in Applied Artificial Intelligence and Data Analytics, and discusses some of the challenges she overcame in the early stages of her studies. 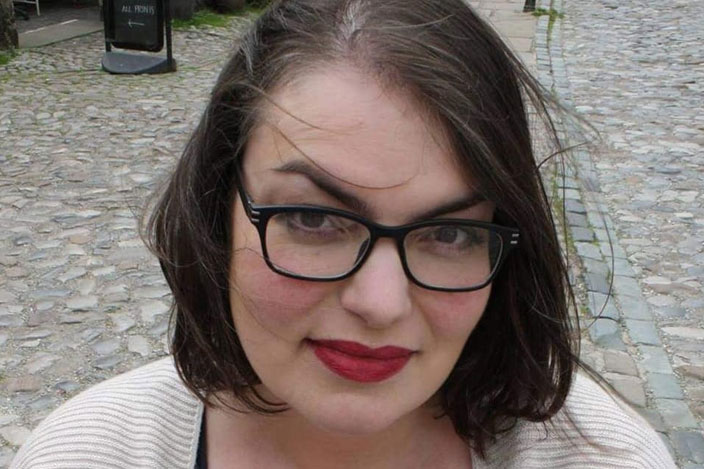 Out of the academic loop

I graduated with a modern languages degree 27 years ago, so it’s fair to say I’ve been out of the academic loop for a while. In addition, I’ve gone from being an arts student back then to being on a very technical course now, so the difference between the two is quite stark. I honestly thought the next person from our family to go to university would be my teenage son, but it’s not turned out that way. At least he’s getting to see what higher education is like before he has to choose his own path, and he will have a better idea of the expectations when he gets there. I was first in my family to go to university, so it was a real shock to the system for me.

What finally pushed me back in this direction was a combination of things. For one, I’m now a wheelchair user. While I’ve got a good brain, my body lets the side down and commuting or even sitting in your average office all day long would potentially be quite painful. Much of the work I was doing prior to the pandemic involved having to conduct face-to-face research, often in less than comfortable locations. I needed to move from conducting research to being more involved in the next step, the analysis, because that would open up more remote working opportunities and give me some flexibility. However, I’ve had quite the squiggly career and that can be a challenge for companies whose recruiters like neat boxes for their candidates. My MSc builds upon years of work experience and crystallises it into a single qualification that can be readily understood, as well as giving me a much more modern skill set. When the Office for Students Scholarships were announced last year, there was no excuse not to at least apply. With most work in my area stopping due to Covid, I had an unexpected gap in my schedule. The timing was perfect, in that sense.

I’ve spent much of my life working with data, working with it to uncover the patterns and stories that are waiting there. While my original thought was that I might head more to the data analytics side of artificial intelligence, the more I’ve learned about the subject, the more I’m drawn to other possibilities. In particular, I’d be keen to use AI in my future career to create products and services that improve life for disabled people like me. And yes, I have some ideas about how I might do that!

I was genuinely very nervous. I come across as quite confident when people meet me, but that’s mostly because I’m old enough and experienced enough to present well, whatever the circumstances. I had some serious concerns about being too old to be able to learn the new technologies, and the coding, and all the rest. I imagined I’d be studying alongside a bunch of graduates straight out of their undergrad studies. I was completely wrong about that, though. I also didn’t know whether I would be able to meet the physical and cognitive challenges. I’m 30 years older than when I started my BA, I have chronic conditions that can leave me physically drained, and I was about to start on an intensive course of study. I knew it would be tough, so when I first turned up on campus to meet my programme leader I didn’t know how things would go, whether I would be the oldest in the room, whether I would just sit there feeling stupid and slow and wishing I’d never done it. So nervous!

The place I needed to be

On the first day on campus, I was almost too scared to go in. It was also the day I realised I was in exactly the place I needed to be.

Everything was a bit odd because of Covid, with just a few of us in a classroom: all in masks, all strangers to each other and, as I realised, all just as nervous. And yes, there are plenty of other mature students on the course, including a few of us in our forties. I picked the course I’m on because it wasn’t just about the technical side of AI, but it also brings real context to it through modules from elsewhere in the School of Management. We’re covering a lot of territory for a one-year course, but I’m certainly keeping pace both academically and physically, and Bradford offers so much more than the course itself. Things like the Career Booster weeks, where we get a chance to work on a range of areas that will help us go out and find work after we graduate, getting involved with UBU as a Student Representative, and also discovering just how supportive of students with disabilities the University is.

It may not have been a decision I expected to make, even just 12 months ago, but it was most definitely the right one.