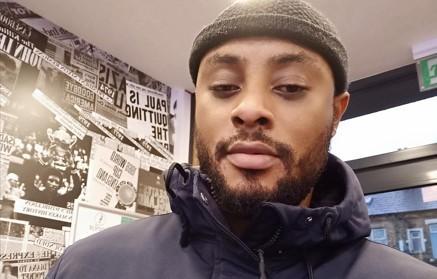 A University of Bradford graduate praised by his tutors for his unbridled enthusiasm and extra-curricular activities has been shortlisted for a national award.

Social work graduate Momoh Suleman was working in customer relations at a marketing company in Lagos, Nigeria, when the Covid-19 pandemic struck in 2019. In a bid to safeguard his family, he decided to study a Master’s in social work, enrolling at Bradford in October 2020.

Since then, Momoh has involved himself in numerous charities, support and volunteering groups, in addition to forging contacts with external agencies, all while completing his studies. He was also the recipient of various awards, including the Vice Chancellor’s outstanding achievers award (2021).

He was also featured in a British Council video promoting universities to international students.

Now he has been shortlisted - along with just five others - for Student Social Worker of the Year 2022.

Commenting on his nomination, Momoh, who has just started his first qualified position as a social worker with the local authority, said: “I was shocked and a little excited to be nominated for this award. Three years ago I was not even in Bradford, I was working in Lagos, so this is something I never imagined.

“When I decided to come to study in the UK, I did not know about the University of Bradford but the courses and tutors made me want to study here. The support I have received has been outstanding, and I have drunk from the well of wisdom of my mentors. Everyone at the University has been personable and approachable.”

During his short time at Bradford, Momoh has become a volunteer with Gig Buddies (helping people with learning disabilities and/or autism to enjoy things going on in their community, especially live music), been named student ambassador, and peer mentor from 2021-22; he was also an organiser for Black History Month 2021 at both the University and local council, he acted as a student volunteer at the launch of the Bradford Football for Peace initiative in 2011, and won a number of internal awards for his contribution to student life and wellbeing. 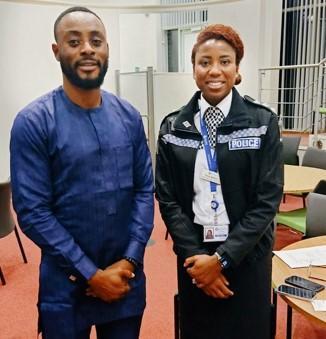 Robert Strachan, Head of the Social Work & Care department, said: “It is fair to say that Momoh has completely dedicated himself to supporting his student colleagues, university activities, and the people of Bradford to an exceptionally high degree. Many of the things he achieved were done without any acknowledgement or formal recognition but out of a desire to 'do good' and embody wholeheartedly what it means to be a professional social worker.

“To cite just one example, Momoh was unable to attend his own award ceremony for the "VC's outstanding achiever' award because he insisted on working at his local food bank. Momoh has been an exceptional social work student but more significantly has, in my professional opinion, reflected, in deeds, the ideals and core values central to social work.”

Peter Mitchell, Head of the School of Social Sciences, said: “This demonstrates that we have excellent students who are inspired to reach their potential with the support of our brilliant staff.”

The awards will be announced at a special ceremony in London on Friday 4 November 2022.